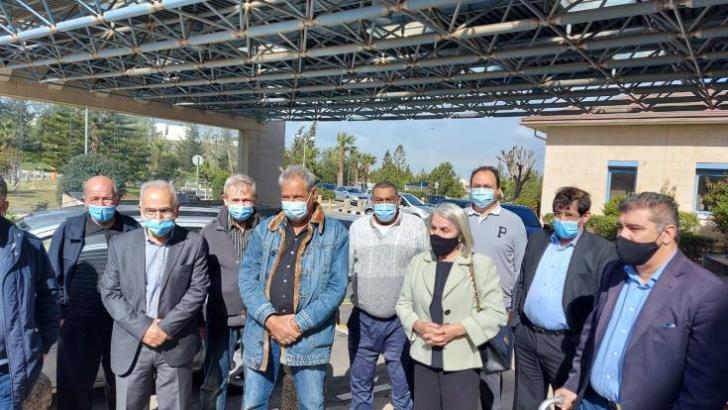 The kidney patients of the Renal Dialysis Unit of the Famagusta General Hospital, who this morning staged a protest outside the hospital, are asking for a second doctor and more nurses on call in case there is an emergency.

In a statement, their representative George Kezos said that one of the doctors has retired and since then the Unit is operating below its potential.

He added that 18 months ago they had been promised that the Dialysis Unit would be expanded since there is space and all relevant services and bodies approved it. Moreover, the officials told them that there was enough money for the project that would start on 1 January 2021. However, nothing has been done so far.

He noted that they feel like second rate citizens since they have been fighting to get what other people in other districts have.

By gavriella
Previous articleHe was justified in 1996 but he is still waiting to get his 3,883 pounds
Next articleParents angry about the issue of schools