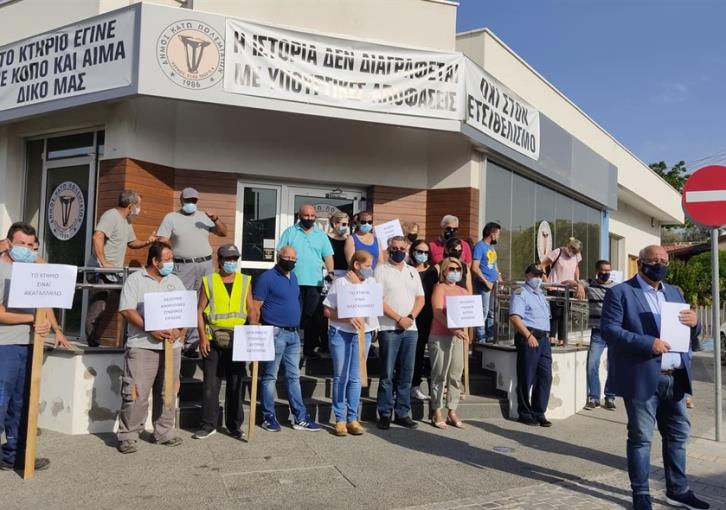 Kato Polemidia Municipality staff on Wednesday ‘confiscated’ the building of the area’s Co-op Bank and started moving their offices there following an overnight decision by the municipal council.

The ‘confiscation’ of the collapsed bank’s premises was carried out in the presence of Mayor Nicos Anastasiou (photo) who said the Municipality’s building has not been safe for years.

And that their systematic calls on the government for the specific empty premises to be handed over to them have fallen on deaf ears.

The Council of Ministers decided, instead, to allow the Municipality of Famagusta which operates in abstentia since the district is occupied since 1974 to use the premises. This is something that provoked strong reaction from the Municipality of Kato Polemidia and its residents.

The point has been reached by the Police. The members of the Force called on Mayor Nicos Anastasiou to leave the building, while they told him to go to the Polemidia Police Station.

The Mayor told Limassol district police officers who rushed to the scene that he was ready to step down if necessary.