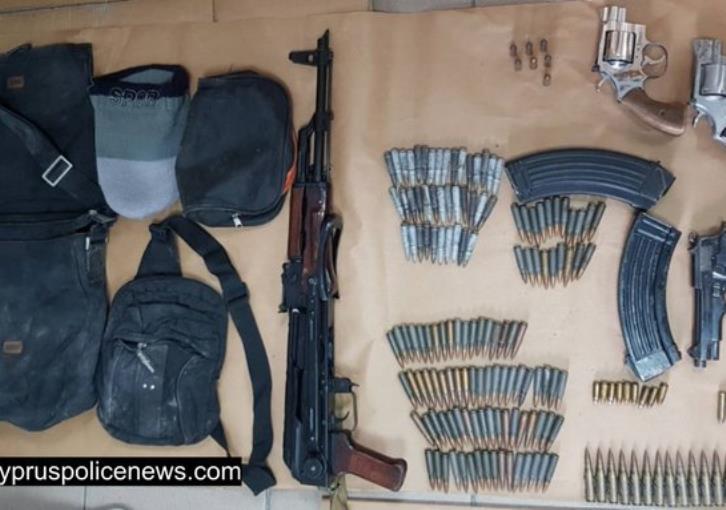 Police raided the house in the Larnaca district of a 48 year old man  on Thursday morning and found a Kalashnikov rifle, two revolvers, a pistol and a number of bullets.

Police, who acted after a tip off, also found hoods.

The 48 year old is known to police. He was arrested and is due to appear in court tomorrow to be remanded in custody.

By In Cyprus
Previous articleThe Committee Against Bird Slaughter reports online hate speech
Next articleUniversity of Nicosia: A destination for excellence