Juncker says not solving Cyprus issue one of his biggest regrets 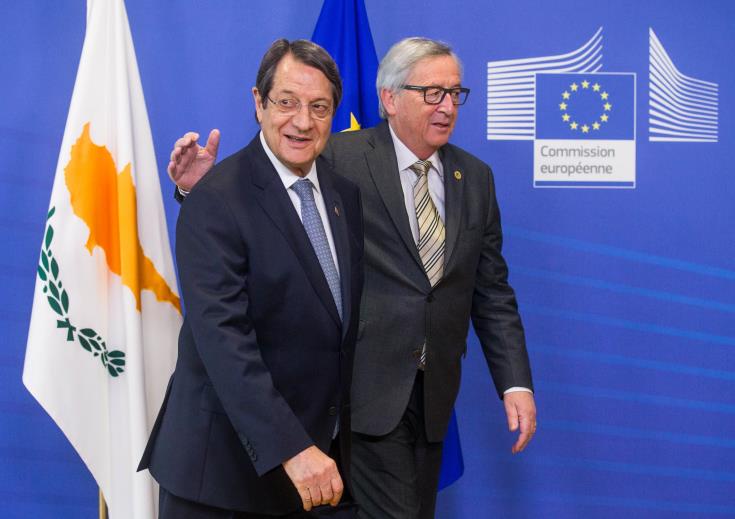 European Commission President Juncker in an interview with Politico, yesterday in Brussels, reveals that the negotiations to resolve the Cyprus issue were very close to succeed. The President called the non resolution of the Cyprus issue one of his “regrets”, concerning his tenure at the EC cockpit.

More specifically, the President was asked “what is your biggest regret of the past 5 years?”.

President Juncker answered: “There are many. You should ask what my successes are, then I would be unstoppable. I have some regrets, smaller but important ones. I am sad, although I was spending a lot of efforts in that direction, that I was not able to bring the Cypriot question to a good end. I started there, I visited Cyprus different times, the Republic of Cyprus also the Turkish community. We were very close and then it evaporated.”

By In Cyprus
Previous article
Spehar to hold meetings with the leaders ahead of SC meeting on UNFICYP
Next article
Thousands of Hong Kong protesters gather, govt offices shut after violence