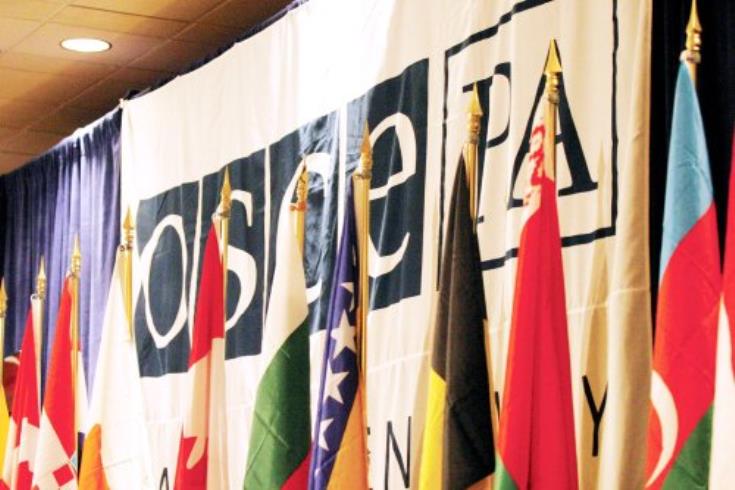 The French and Italian delegations taking part in the 18th Autumn Meeting of the OSCE Parliamentary Assembly, in Marrakesh, issued on Saturday a joint statement condemning Turkey’s illegal actions in the Republic of Cyprus` Exclusive Economic Zone, following meetings they had with Cypriot parliamentarian and head of delegation Irene Charalambides.

US Senator Roger Wicker said Turkey`s activities are unacceptable, adding that the US will continue to take diplomatic steps to ensure the operations legal activities, a Cyprus Parliament press release says.

The joint statement, circulated during a meeting of the standing committee of the assembly, says the two delegations “share Cyprus` serious concerns” on the escalation of tensions in its EEZ and the presence of Turkish navy vessels in the region.

The delegations, the press release adds, firmly condemn Turkey`s new effort to move forward with illegal drilling activities, blatantly violating international law. They recall EU decisions and in particular the European Council conclusions of June 20, 2019, which also condemn the illegal Turkish actions, as well as the relevant UN resolutions on a comprehensive settlement of the Cyprus problem and urge Turkey to end all its illegal actions.

They further express the view that these actions will have a serious negative impact in the entire spectrum of EU – Turkey relations and they expect that this matter will be tabled for discussion in the coming European Council of October 17 and 18, 2019.

French MP Pascal Allizard, who also serves as Vice Chairman of OSCE PA  and the PA`s Special Representative on Mediterranean Affairs and head of the Italian delegation Paolo Grimoldi underlined the need on the part of Turkey to respect international law.

Head of the Turkish delegation Nabi Avci reacted reiterating his country`s threats about countries who go ahead with drillings in Cyprus` EEZ.

Charalambides thanked the two delegations for their solidarity towards Cyprus, on the basis of the respect of international law.

Recalling that the OSCE places security and cooperation in the core of its activities, the Cypriot MP stressed that there can be no security or cooperation while Turkey openly threatens EU countries and violates international law, the press release says.