Item found at Kokkini Limni a prop from 1996 film

A number of sponges tied to a piece of wood and wrapped in a carpet recovered from the bottom of Kokkini Limni in Mitsero where authorities are looking for victims of a self-confessed serial killer, have nothing to with a crime spree that has stunned Cyprus.

Rather, it is a prop from the 1996 film “I Sfagi tou Kokora” (the killing of the rooster) directed by Andreas Pantzis where the protagonist — played by Georges Corraface — wrapped a ‘body’ in a carpet and disposed of it in the highly toxic lake.

Authorities have been combing the lake for days using divers, a robotic camera and state of the art sonar equipment in their search for murder victims. On Wednesday, divers brought up the sponges wrapped in a carpet. 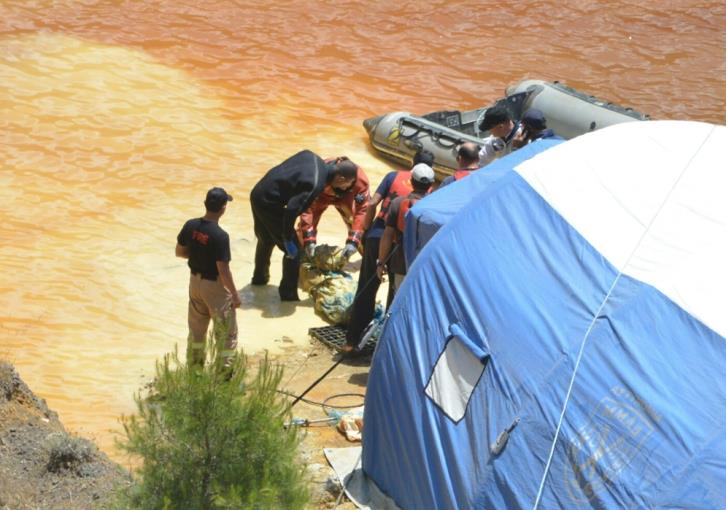 Pantzis told philenews that once the search got underway, his associates had alerted police that the prop had been thrown into the lake.

A Greek Cypriot army officer who has reportedly confessed to killing five women and two children, told police he had put the bodies of three of his victims — a mother and daughter  and another woman — in suitcases and thrown them in Kokkini Limni.

By In Cyprus
Previous articlePaphos: Elderly Russian woman reported missing (photo)
Next articleSophia the robot says she loves Cyprus and is proud of her Greek name