Italy committed to the implementation of the EastMed pipeline project 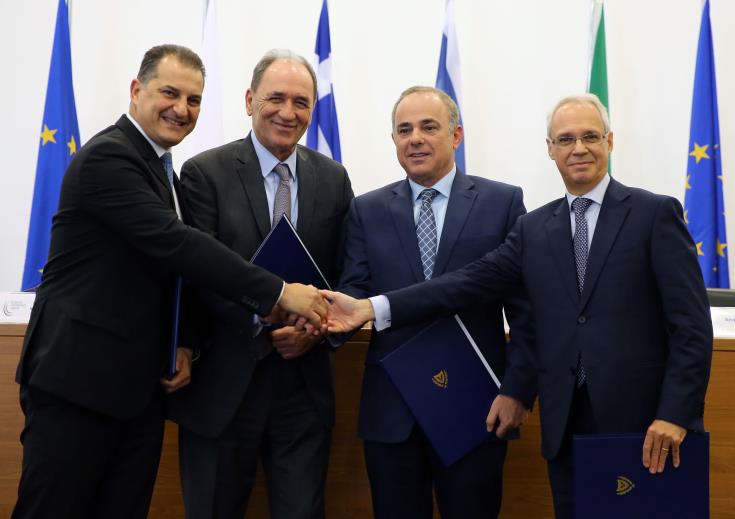 Italy is committed to the implementation of the EastMed pipeline project, the country’s Ambassador to Cyprus, Andrea Cavallari, has told the Cyprus News Agency (CNA), underlining the importance of this project in terms of creating a new route for energy supply to Europe.

Responding to questions by CNA in view of information that the leaders of Cyprus, Greece, Israel and Italy may sign the intergovernmental agreement on EastMed, if this is ready, in Bersheeva, Israel, where a new Trilateral Summit among Cyprus, Greece and Israel is scheduled to take place on December 20, Cavallari noted that discussions on the EastMed are going on at technical level, including experts from Italy, adding that his country is looking forward to see the results of this working group.

Cavallari recalled that the four countries signed last December in Cyprus a Memorandum of Understanding on the East Med pipeline project, noting that one of the goals set out according to this Memorandum is the preparation of an inter-governmental agreement.

“Italy is committed to this project according to the terms of the Memorandum of Understanding,” he added, noting the importance of the project  in terms of creating a new route for energy supply to Europe.

“This is why Italy is interested in the project and has been part of the group of countries supporting the feasibility studies and further studies,” he added.

Furthermore, Cavallari noted that the realisation of the project will be a matter of the private companies which will undertake its implementation.

“Italian companies are present in the area and very much involved also in activities in Cyprus,” he concluded.