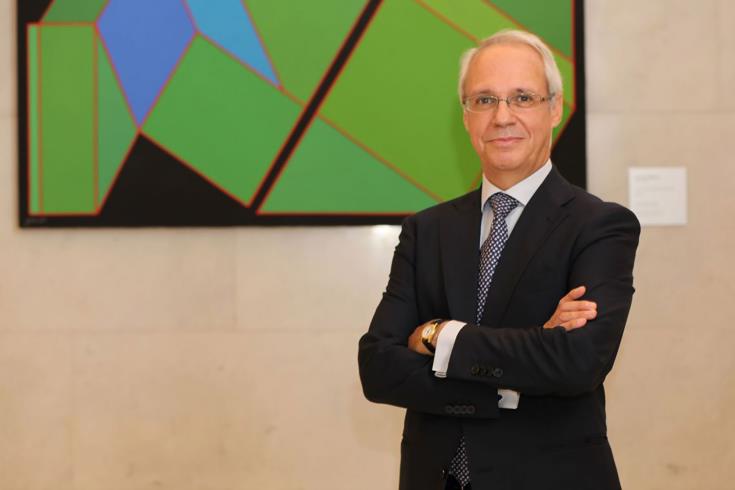 The presence of hydrocarbon reserves in the Eastern Mediterranean has to be seen as an important opportunity and should represent the opportunity for greater cooperation between all countries of the region, Ambassador of Italy to Cyprus, Andrea Cavallari, said on Monday evening, addressing a reception hosted at his residence on the occasion of Italy’s National Day, celebrated on June 2.

Cavallari said that “with regard to the present situation in the Eastern Mediterranean, Italy reiterates its full support and solidarity to the Republic of Cyprus and reaffirms the right of Cyprus to exercise its sovereign rights on the natural resources present in its Economic Exclusive Zone, in line with international and European Union law.”

Moreover, he noted that besides an ongoing intense political dialogue, Italy’s economic presence in Cyprus is strong and has benefited from the prominent role played by Italian energy company ENI, adding that a greater business potential exists and “we are ready to work with all interested parties to turn it into reality.”

On his part, Foreign Minister Nicos Christodoulides said in his speech that Italy is one of Cyprus most valued partners, and that the two countries work together to address common challenges and accomplish common goals such as peace and security.

He also noted that Italy is one of Cyprus major economic partners and “is a strategic partner in our hydrocarbons programme which is of utmost significance not only in our bilateral relations, but also for the energy security of the Eastern Mediterranean and the EU.”

Sharing the same objective on the future of our common Mediterranean sea, our active participation in the Med group provides us the platform to further discuss and coordinate on a number of issues in an effort to address common challenges and realities that affect our region on bilateral as well as in the framework of the EU level, he noted.

Moreover, he expressed appreciation for Italy’s position and support to efforts to reunite Cyprus in a bizonal, bicommunal federation.

Christodoulides noted the excellent level of bilateral relations between the two countries, which date back in history, and stressed that Cyprus and Italy, situated in the same geopolitical region, share centuries of common political and cultural background, united by a long history of traditional bonds.

He went on to say that today the Republic of Cyprus and the Italian Republic, both member states of the EU, have expanded and intensified their cooperation in a wide range of fields, through a dynamic dialogue on a bilateral and European level.

During the last years we have witnessed the growing partnership and deepening relationship between our countries through specific areas of cooperation as well as people to people contacts, he noted.

In his speech before the House President, Demetris Syllouris, foreign diplomats and other officials, the Italian Ambassador said that the results of the European elections have indicated that new challenges remain ahead of us and that European nations need to act together to better respond to the citizens’ demands. “Italy and Cyprus, united by common culture and values, are well fitted to respond to this request and bring greater solidarity and responsibilities among EU members,” he noted.

Furthermore, he said that “ensuring stability and promoting prosperity in the Mediterranean region are shared goals of our two countries.”

He also recalled that a few weeks ago the Cyprus Antenna of the Mediterranean Women Mediation Network was successfully launched, noting that this initiative, strongly favoured by the Italian Ministry of Foreign Affairs, constitutes yet another example of the concrete interest of Italy in supporting all efforts to promote a just and viable solution that will bring the two communities to live together in a reunited Cyprus.

“In the last twelve months, we have intensified our contacts with many relevant organisations in Cyprus, at government level and with the civil society. In some areas, our cooperation has expanded to a very successful level. This is particularly true with regard to the conservation and protection of the cultural heritage, to the improvement of the scientific and academic bilateral relations and to the protection of the environment and the fight against climate change. Proud of our traditions and culture, Italy and Cyprus have championed in all relevant international fora the Mediterranean diet,” the Italian Ambassador noted.