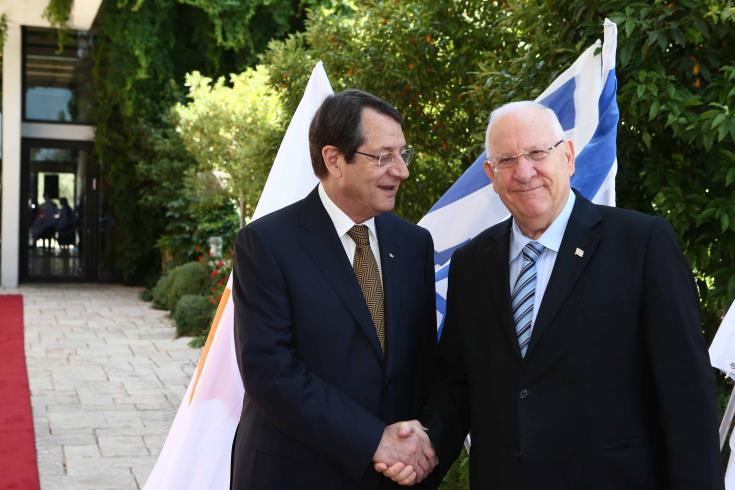 Roads will be closed amid tight security as Cyprus welcomes Israeli President Reuven Rivlin on an official visit, the third by an Israeli head of state.

Police said that it will be taking increased security measures and during the day some roads will be temporarily closed in Nicosia and Larnaca districts.

The public is urged to be patient and follow police instructions.  For security reasons the roads that will be closed  and the time this will occur are not being announced, police added.

Government Spokesman Prodromos Prodromou said Rivlin’s visit will be the third visit by an Israeli President after the visits of Ezer Weizman in 1998 and Shimon Peres in 2011 and follows President Nicos Anastasiades’ visit to Israel in 2015.

He said the visit is in the context of the very close relations between the two countries and the continued efforts aiming at further upgrading the ties between Israel and Cyprus.

During his stay in Cyprus, Rivlin will hold a private meeting with President Anastasiades to be followed by talks in the presence of delegations of the two sides. Anastasiades and Rivlin will also speak to the press.

Prodromou said ttalks between the two Presidents will focus on bilateral relations and their further improvement, with particular emphasis on issues which affect citizens’ daily life such as education, culture, business activity, environment, transport and cyber security.

President Anastasiades will also brief his Israeli counterpart on the state of play concerning the Cyprus problem.

Anastasiades will also hold an official lunch to President Rivlin in the presence of the President of House of Representatives and Cyprus’ political leadership. Later, Rivlin will visit the monument of Cyprus-Israel friendship.

By In Cyprus
Previous articleCyprus to issue bond to tap over €1 billion
Next articleO’Rourke, Trump duel over wall, immigration in possible 2020 preview