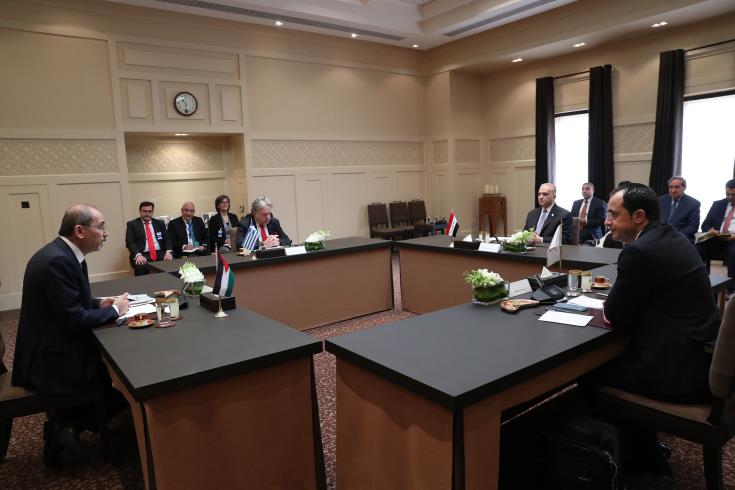 Iraq will join the schemes of cooperation which Cyprus and Greece have established with countries of the region.

This follows the participation of the Iraqi Foreign Minister in a meeting with the Foreign Ministers of Cyprus, Greece and Jordan in Amman on Sunday, on the sidelines of the second Trilateral Summit of the three countries.

Moreover, a multilateral cooperation scheme may be set up with the participation of Cyprus, Greece, Jordan and Egypt.

According to information, on this occasion an economic-business forum will be organised in the Iraqi capital with the participation of all sides.

By In Cyprus
Previous article
Finnish Social Democrats and nationalist Finns Party nearly tied in election
Next article
Too many travelers, too few planes is U.S. airlines’ 737 MAX summer dilemma