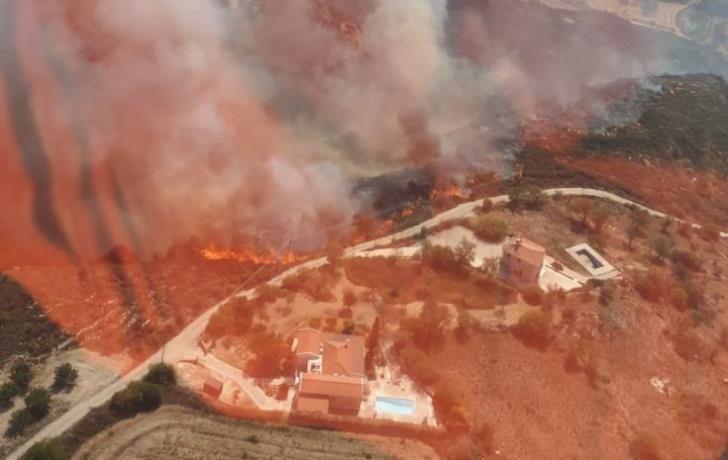 Now that Sunday’s massive fire in the Paphos villages of Yiolou and Simou has been put under full control an investigation into its causes is already underway, Philenews reports.

The fire has burnt eight square kilometres of dry vegetation, wild shrub and trees as well as livestock property and crops.

Village residents had to be evacuated as a precautionary measure and local authorities now demand to know how and why this blaze began at around 11:50am and quickly escalated.

Some said arson was behind it while rumors also referred to possible negligence by hunters or other people carrying out agricultural work.

Off-duty firefighters were also called in to help tackle the blaze which saw a total of 14 firefighting vehicles being on site.