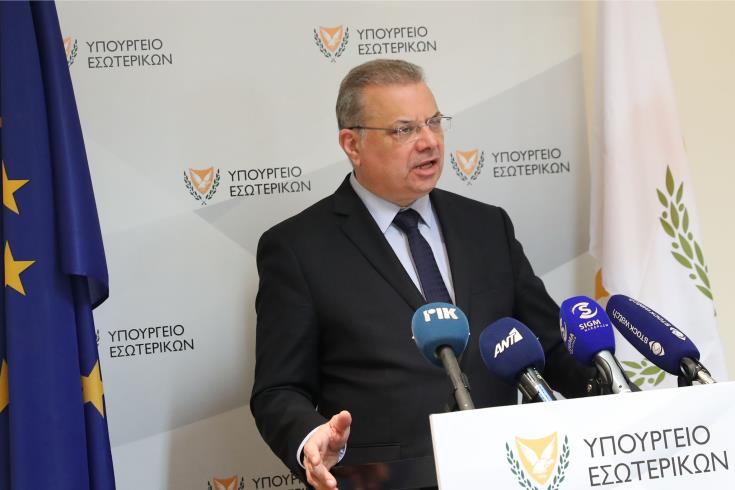 Interior Minister Nicos Nouris said on Wednesday that the government aims to shorten the time required to review asylum applications and deal with manifestly unfounded applications.

He added that he will present a comprehensive policy for migration and asylum on Thursday.

Speaking during a session of the House Committee on Legal Affairs, which examined four relevant draft bills, Nouris told Committee members that “it is well known that there is a dramatic increase and surge in the number of asylum applicants, as their numbers are very big.”

He said moreover that Cyprus has become a frequent destination for people who are persecuted due to their origin or religion. There are also people who try to reach Cyprus while escaping from war zones, such as Syria and all those who we call refugees, either because they are in the process of searching for better living conditions and certainly those who are economic migrants, Nouris said.

He also noted that there are differences among migrants reaching Cyprus, and made clear that not all of them require the same handling.

“A head of a family fleeing his country to save his family is very different from someone who is sent off at the airport, boards a plane and reaches Cyprus in order to secure a better future” the Minister added.

He referred to the ongoing problem with the Turkish occupation of the northern part of the island, and the systematic channeling of migrant flows through the buffer zone dividing the island, which according to Nouris amounts for almost 75% of total flows to the areas controlled by the Republic of Cyprus.

Moreover, he spoke about certain “distortions” in the procedures followed by the government and said that they have already started the process to solve this problem. Nouris referred in particular to sham marriages and people who come to Cyprus as students, pointing to the relevant decisions taken by the Cabinet, to be implemented this September.

The Minister also spoke of the “excessive pressure” towards the Republic of Cyprus, caused by thousands of asylum applicants who comprise 3.8% of the country’s population, including people who already enjoy international protection status. We have to address this problem by making our mechanisms more effective, Nouris said.

We want to shorten the time that is necessary to review an asylum application by putting in place these procedures and by implementing fast-track procedures to review manifestly unfounded applications, a procedure also endorsed by the EU, he added.

The Minister of Interior said finally that the government wants to step up returns to safe countries and has launched concrete procedures to do so, while improving its control mechanisms at the entry points of the Republic of Cyprus. A comprehensive policy will be presented on Thursday, Nouris concluded.