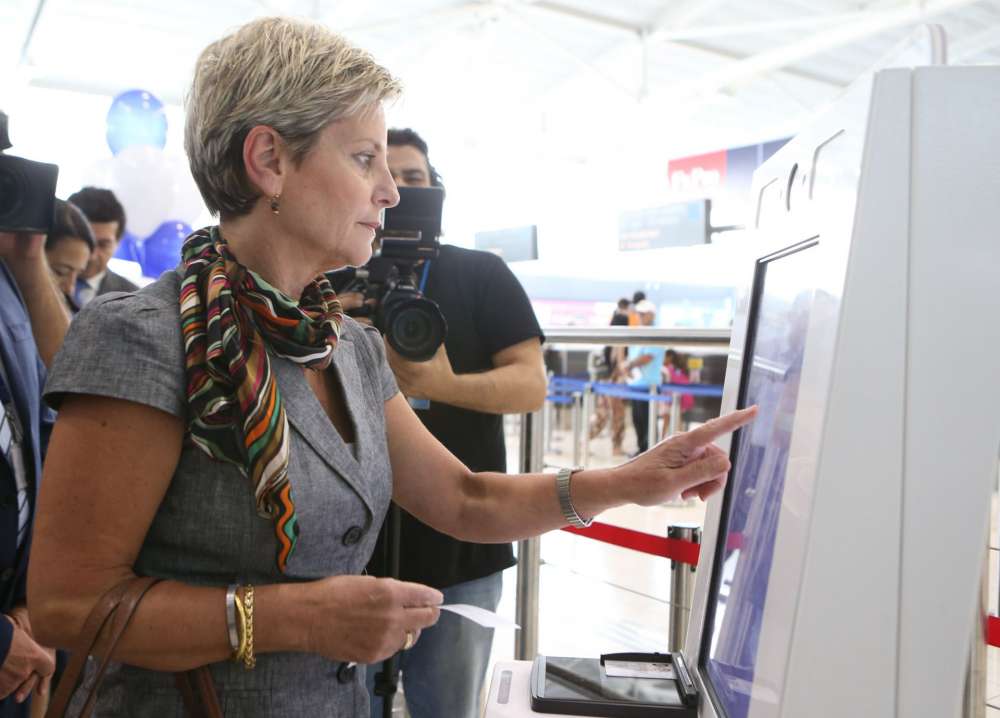 Hermes Airports, the Cyprus Police and the Ministry of Transport, Communications and Works, announced the introduction and operation of the “BorderXpress” interactive kiosks at Larnaca and Paphos international airports.

“Through this high-level technology, each departing or arriving passenger in Cyprus will be in position to independently scan his or her identity card or passport as an intermediate step of the passport control procedure” the press release read.

“As part of the specific procedure, each passenger will receive a receipt which then should be presented at a predefined check point” it added.

At this stage, the “BorderXpress” kiosks will be used in arrivals only by EU citizens, but all nationalities will be able to use them at the exit immigration control.

“Due to this new infrastructure, the process of passport control is now significantly facilitated. It is also anticipated that the operation of the ‘BorderXpress’ kiosks will generate substantial positive effects with regards to the level of service offered to the traveling public and the image of Cyprus internationally” said Vassiliki Anastassiadou, Minister of Transport.