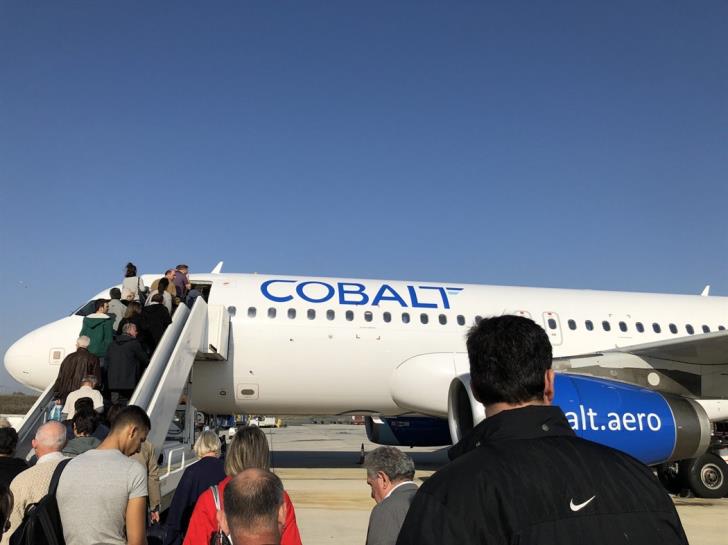 The Transport Ministry has announced the names and telephone numbers of the two travel agencies assigned to repatriate passengers who have been stranded after Cobalt grounded all flights.

It said that that passengers who were going to travel on October 17 and 18 on flights that have been cancelled are asked to secure their own one-way economy class tickets  and present receipts to the Transport Ministry to be compensated. Further information will be given in a new announcement.

Those who have not bought such tickets can contact the telephone numbers below to secure tickets for their repatriation.

All other passengers, Cypriots or non-Cypriots, who would have travelled on Cobalt up to October 24 and wish to return to their country of residence are asked to contact the following travel agencies to secure a a one-way economy class ticket, the cost of which will be covered by the state.

Passengers who bought tickets with credit or debit cards can contact their bank regarding compensation.

The Transport Ministry said that these arrangements do not constitute a legal obligation of the state but are being made to facilitate passengers.

It adds that they do not release Cobalt of its obligations vis a vis its customers.

According to the Cyprus News Agency, which cited sources, repatriation will cost the state at least 1.5 m euro.  The news agency said that some 18,000 passengers are affected.

By In Cyprus
Previous articleCobalt: a timeline
Next articleNational Guard chief attends US conference on extremist organisations