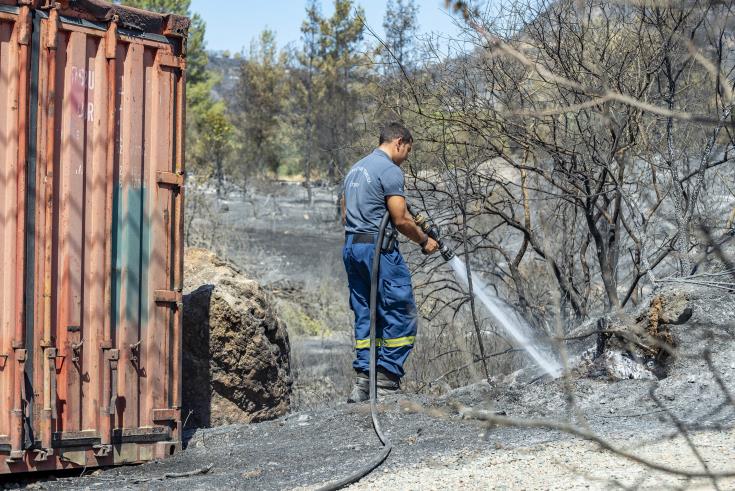 Direct financial aid will be provided early next week to those affected by the July 3 fire in rural areas of Limassol and Larnaca.

Yesterday, a scientific team led by Professor Efthymios Lekkas presented findings after examining the affected area in regards to the dangers which could be incurred following the site’s destruction.

Lekkas mentioned that future dangers due to the fire include flooding, landslides, infections and ground erosion.

Lekkas also said that the area required special attention and surveillance in order to recover in an optimal way.

Following the meeting with the scientific team, Kadis said that suggestions for specific work to be done in the area will be prepared in the next 10 days and work will commence accordingly after these suggestions are made.