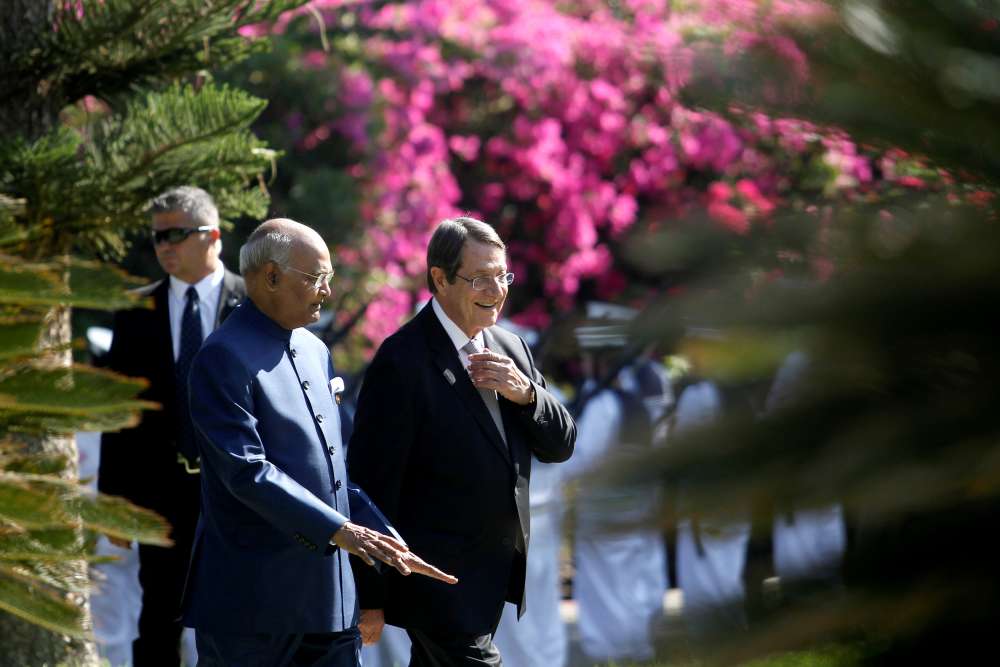 Ιndian President Ram Nath Kovind is at the Presidential Palace for talks with his Cypriot counterpart Nicos Anastasiades, to further cement bilateral relations.

The Indian President arrived in Cyprus on Sunday for on a state visit. A number of bilateral agreements will be signed between the two countries and the two Presidents will make statements to the press.

President Kovind is the first Indian President to visit Cyprus in the past nine years. The previous President who paid Cyprus a visit was Pratibha Patil, in 2009.

During his visit, President Kovind will be unveiling the bust of one of India’s greatest poets, Rabindranath Tagore, a Noble Laureate, whose Gitanjali is an immortal piece of literature, that is read all over the world. This will take place at the campus of the University of Cyprus.

The Indian Head of State will have a meeting with Demetris Syllouris, President of the Cyprus House of Representatives, and will also address a special House plenary session.

On Monday night Anastasiades will host a state banquet in honour of Kovind at the Presidential Palace.