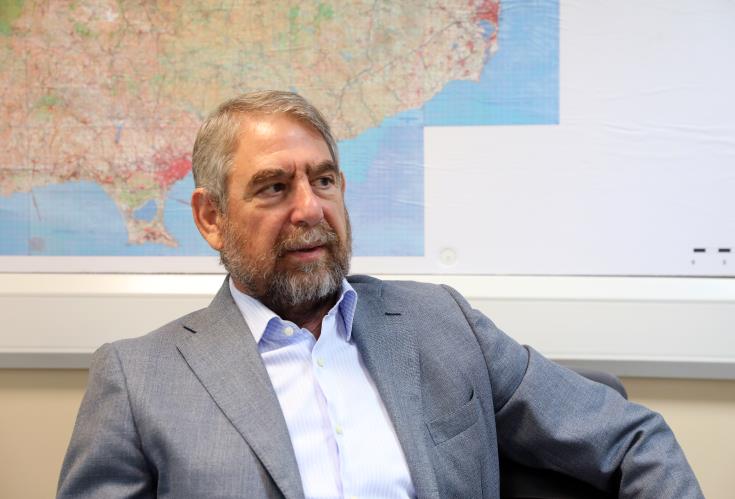 The Committee on Missing Persons (CMP) has been receiving an increased flow of information over the last few weeks, Leonidas Pantelides, the Greek Cypriot member has revealed.

In an interview with the Cyprus News Agency, Pantelides said that this information comes either from witnesses who spoke to the Committee in the past or from new witnesses and informants. He pointed out that the aim is every piece of information to be thoroughly assessed and to this end two groups have been recently set up, one which deals with new information and a second one which reinvestigates old data and files.

“We have had an increase in the information we received these past few weeks, some information comes from old witnesses who demonstrate a fresh willingness, they come here and they ask us about an old piece of information they shared long ago and they wonder what happened, they are telling us the same things they knew or even new information. We have had new witnesses that suddenly appeared for the first time, I have to say that information comes from different directions and we need to make sure that this will be evaluated and used correctly, Pantelides told CNA.

He explained that a reorganization is underway and if more personnel and means are needed, his office will ask for the support of the government on the basis of the new action plan which has been recently put in place by the Foreign Ministry. He said that large part of CMP’s budget is covered by the EU and aid from foreign countries.

“I am pleased with the administrative support, but we also need to do a clearer redistribution of our human resources in order to have a better and more focused effort.  Because what do we basically do? We are something like police investigators and our job is to gather information, develop this information so we have a case report, but instead of looking for the perpetrator, we are looking into finding the victim, this is the focus of our job, “he said.

CMP Greek Cypriot member pointed out that main source of the Committee’s job is information and thus the structure of the job must be adapted to the needs which come out of information rather than the other way round.

He explained that the aim is to do a tracing job and whenever a piece of information is received via a phone call or from a witness who visits the offices of the CMP, or because a researcher has found something new in a file, this information to be marked so that the teams know at any given time who has been assigned to look into it , how it is managed and what the progress is.

As Pantelides told CNA, the best information comes from the testimonies of  the `74 and `75 periods. He said that he cannot be sure, as he does not have a clear picture, whether this information was assessed and to what extent. But he added that he suspects that it may not have been appropriately exploited. “I am not saying that this is because of the lack of good will on behalf of anyone. But we need to correct any administrative gaps”, Pantelides told CNA.

He explained that they decided that every 2-3 weeks they will be assessing cases of missing persons. Pantelides said that all the old cases will be evaluated again and they will try to tie any new information with old data.

“Time is running out and this puts a pressure on us, and I feel strongly about it, our main problem is not the funds but the fact that we do not have unlimited time, witnesses and relatives die, the situation on the soil is changing, we used to have empty plots and now we have hotels constructed on the same area. We still have to find half of our missing persons and the difficulties are increasing because perhaps the easier cases were the ones that were examined first and now the rest of the cases are the more difficult,” he noted.

Pantelides said that his aim is to resolve as many cases as possible within  the next 3 years.

“I think it is our moral duty, it is a matter of principle, to have as our starting point that all cases can be solved. We cannot be making assumptions that  they will not be solved. And when we finally evaluate all the work that has been done we will be able to say that some cases where not solved not because we did not try, but because of other factors”, he told CNA.

Replying to a question about the missing of Assia village, whose remains were transferred from a burial site to a landfill in the village of Dikomo, Pantelides said that this case is complex and difficult and all the information is being assessed again to make sure that the excavations will have results and remains will be located.

“One element we are looking into is to determine the best way to carry out the excavation. The information we have is being re-evaluated by the third member of CMP and the Turkish Cypriot office. It is a big place (the landfill) and we need to maintain that we have bigger chances for success. We have some conflicting evidence on where the bones were dumped, so we need to investigate further to see what is the most reliable information”, he added.

The remains of 71 missing were already identified as these remains were located first at the village of Ornithi. However, as Pantelides explained, only fragments of bones were located and the rest are believed to have been moved to the landfill at Dikomo. The efforts are for these remains to be located and returned to the relatives. Pantelides said that despite the difficulties, the excavation must take place but first we need to safeguard that the risks at minimized.

He also told the CNA that the Committee is looking into establishing more frequent contacts with the families of missing so they can raise their questions and have a more detailed briefing.

As regards the access given recently to 30 burial sites in military areas in occupied Cyprus, Pantelides said that assessment is still underway to see exactly how many missing persons these areas might involve, adding that a first reading of the maps of these sites and the information gathered, seems to relate these sites to more than 100 missing persons. He told CNA that the aim is for the excavations to begin as soon as possible as these sites are ready to be excavated. CMP has asked for access to a total of sixty military sites, access was granted to half and the Committee will ask for the rest as well.

CMP has a total of seven teams of archaeologists (one in the Republic of Cyprus and six in the occupied areas) but if needed, the teams can be increased.

Pantelides also commented on the results of a study conducted by the International Committee of the Red Cross according to which 41% of the relatives of missing believe that their loved ones are still alive.

“I was surprised too to see these results. It is obvious that there is a psychological mechanism that works for these families. However, as you may have noticed, in our public statements we do not encourage such scenarios, we do not have any information for missing who might still be alive, we publicly speak of places where exhumations could take place , we of course cannot discard such scenarios, but right now we do not have such information. If we had information, it would be our responsibility to investigate it, but at the moment there is no such information,” he pointed out.

Pantelides said that the results of the study are useful and that these families have other demands which do not fall under the competency of the CMP whose task is to locate missing and identify their remains.

He also referred to an ad campaign which was decided to run soon with which he disagreed and asked to re-examine the whole concept as he thought that it might have had the opposite effect.

Pantelides added that communication with the public is a big part of the CMP’s work but this needs to be carefully designed and targeted.

He explained that the issue of missing has many recipients, the relatives, the informants and witnesses, those who financially support the work of CMP and the people who work for the Committee.

He also underlined that we should also take into account the 90 scientists, archaeologists and others whose performance affects the delivery of results.

As Pantelides said, these young scientists showed much enthusiasm for the work but the poor results have brought some disappointment and some psychological fatigue. He said that messages need to be conveyed to these people too and these messages need to be encouraging ones. “Anyone who works for the same purpose and all the means we have at our disposal must be used in such a way that they deliver the best possible results”, he said.