In absence of state, people with disabilities shoulder cost of accessible beach infrastructure 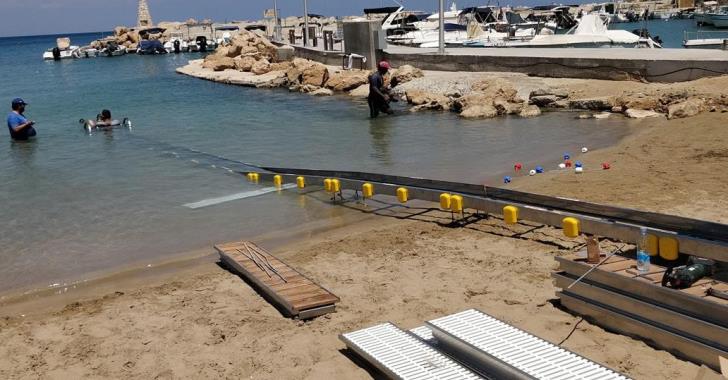 The Organisation of Cyprus’ Paraplegics (OPAK) is funding accessible infrastructure on beaches, as local authorities cannot bear the cost of constructing and maintaining them, member of the Organisation Demetris Lambrianides said.

Speaking during a House Internal Affairs Committee on Monday, he said that for seven years now OPAK has been covering the cost of these accessible infrastructure as municipalities say they cannot spend €2,000-€3,000 for their maintenance.

So far, OPAK has spent more than €500,000 to create accessible infrastructure on beaches, Lambrianides said.

“It is with disappointment that we realise that while beaches are a huge source of revenue, only a small amount of that revenue returns, not only to us, but to citizens in general. We suggested that some of the revenue should be allocated for constructing accessible infrastructure,”Lambrianides said and added that OPAK is pushing for the installation of accessible bathrooms on beaches.

Existing infrastructure on Paralimni beaches has been largely funded by OPAK, EU funds and the local municipality. The state paid only for a minimal amount, Lamrianides said.

He also said that three years ago OPAK requested existing legislation be amended to allow wheelchairs on sand and gravel, but the request did not move forward.

Commenting on the issue of allowing guide dogs on beaches, Christakis Nicolaides, member of the Association of Blind People (POT) and the Cyprus Federation of  People with Disabilities (KYSOA), said that there is no reason to fear that dogs might put children or bathers in danger as, normally, the dogs are trained and do not leave their owners without permission.