Impressive planetarium to be erected at the Metropolis of Tamasos 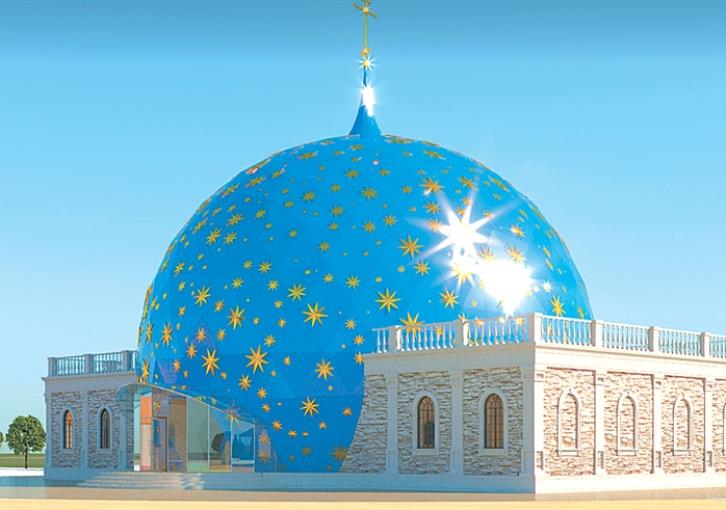 The inauguration of the foundation stone of the biggest planetarium in the Eastern Mediterranean will take place in the courtyard of the of the Holy Metropolis of Tamasos and Oreinis in Episkopeio, Nicosia tomorrow morning (Saturday).

After the event, which is open to the public, a reception will be held for all attendants. The ceremony will be followed by a theological scientific conference which has become an institution for the Metropolis.

The sponsor and supporter of the whole project is the well-known Russian businessman Viatislav Zaragov who also funded the construction of the Russian Church found in the courtyard of the Metropolis, next to the Romanian Monastery.

“With the Planetarium, we are decoding the wisdom of God through the greatness of the universe. The study of space and stars expands the horizons of man. The Planetarium is a great contribution to education and culture,” stated the Metropolitan of Tamasos and Oreinis.

As he revealed, a special ultra-high-tech telescope will be placed in the Planetarium so that the space can also function as an observatory.

The expensive twenty-foot dome of the Planetarium which is being built abroad, will feature state-of-the-art technology. The Planetarium will be surrounded by an exhibition space for digital exhibitions.

Works for the erection of the Planetarium will begin two months after the foundation stone is inaugurated and is expected to be completed in one and a half years. The Planetarium, which will be officially named T&O Cyprus Planetarium and Gallery Centre is expected to receive its first visitors by 2020.

As the Metropolitan of Tamasos explains, “the Planetarium is a building that has an artificial dome which will depict an accurate representation of all the astral systems of space and the universe. Through elaborate programs, visitors will be able to observe various constellations as well as explore themes which are related to nature, heaven and earth.”