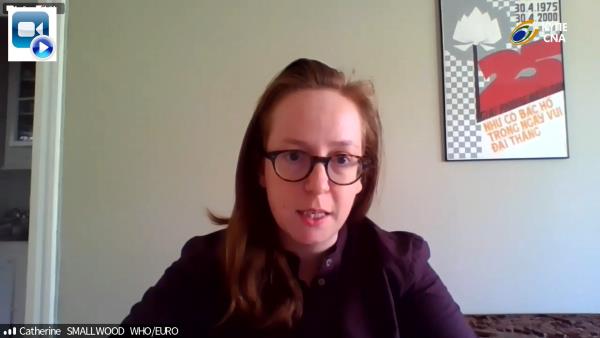 In re-opening schools, which is very important because children have suffered disproportionately from staying home, it is key “to really take a cautious approach”, WHO Europe Senior Health Emergency Officer Katie Smallwood has said, noting that WHO will be issuing guidance specifically on schools in the coming days.

Smallwood was replying to a Cyprus News Agency question during a weekly online press briefing, on the recommendations of WHO for schools opening especially in young ages. She said that “as countries begin to shift some of the measures that have been implemented, especially those that have been proving more restrictive we do have some general recommendations for all countries in doing so.”

To the question when should countries start doing this, she said, “certainly when they have a very good grasp of the epidemiological situation in the country.”

“That they understand where the virus is, how it is spreading and that they are able to really identify all suspect cases. Test them, isolate them, and then follow up with any of those contacts. That is a very important process to be wrapped up during this period,” she added.

But also, Smallwood continued, “understanding the related risks that will occur as certain measures are lifted, others shifted.”

“When it comes to schools, WHO will be issuing guidance specifically on schools in the coming days,” she said.

The WHO expert also noted that “when it comes to children who are very young and maybe do not understand the difficulties in keeping distance and applying some of the physical distancing measures that as adults, we are all quite familiar with, we do need to be particularly careful.”

Closing schools, she pointed out, “has been a significant feature in many of the countries that have implemented widespread social measures,” adding that “the evidence for this is somewhat mixed and may be different to different countries.”

“How schools are re-opened and how children will go back to school, which is very important, because children have suffered disproportionately from staying at home, is very important to really take a cautious approach,” she stressed.

To understand, she added, “how children and how the processes in schools that are re-opening can be managed, the feasibility of those, but also to monitor the context and as schools reopen to allow this two week window, this incubation period that we have, to be monitored very carefully so that each step in reopening schools or taking other measures is monitored over the following two weeks to look at how the epidemiology changes with that shift of pressure.”

That, she said, “applies for schools just as it does for businesses and any other measures that are shifted.”

Replying to a question as to the children’s ability to transmit the virus by the Polish Press Agency, Smallwood said that “we are familiar with the German study and several other studies that have come out including our own investigations based on the data that we have received and the missions that we have had in countries like China and Italy where the role of children was looked at.”

“The evidence is still being collected and we have a lot to learn about the role of children in transmitting the disease,” she noted.

Certainly, she pointed out, “in household settings there seems to be a role but it doesn’t seem to be that children have a significant role in driving the spread of COVID-19.”

Children however, she continued, “have lost out on a lot during COVID-19 and I think we do need to recognize that he welfare of children has been affected.”

“Keeping children at home for long periods of time is very difficult and they lose out on their social interactions as well as the educational schooling that they would otherwise have,” she said.

Especially, she noted, “children who may be living in vulnerable settings will be exposed to this type of violence as will other adults and children living in poorer settings may not have access to the same level of services, in continued educational services that other children may also have.”

“In terms of disease it is milder but children are affected in other ways too,” she concluded.
(CNA)