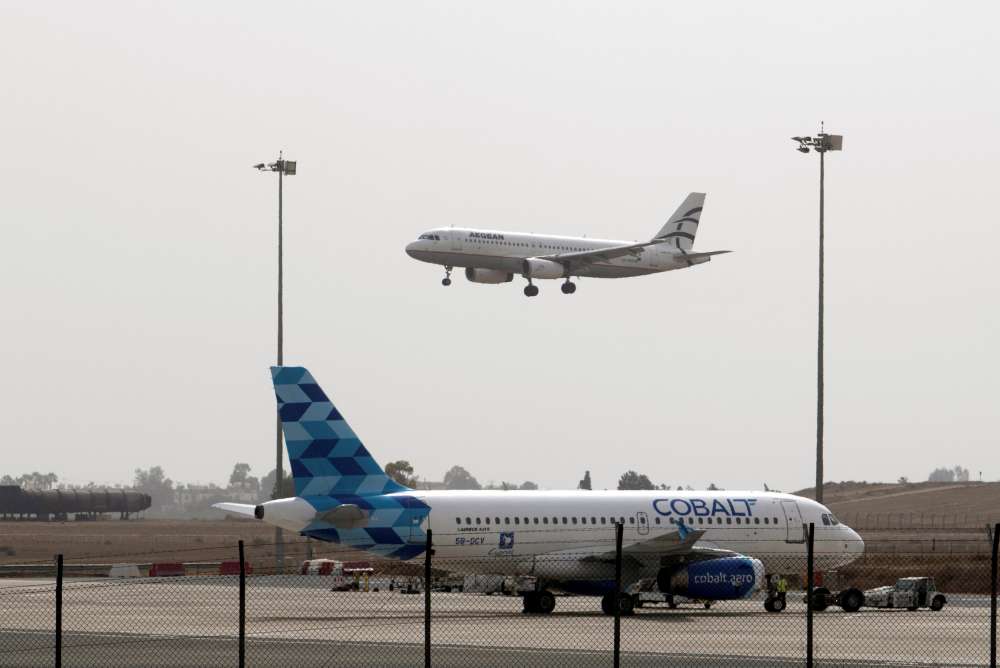 The immediate cost from the closure of Cobalt is estimated at €20 m over the next few months, including unemployment benefits and loss of tax revenue, Phileleftheros reported on Friday,

The airline ceased operations late on Wednesday night. Its licence was revoked on Thursday.

According to Phileleftheros, unemployment benefits to the company’s 280  employees over the next six months is estimated at €2.5 m – €3 m. The government has also undertaken to repatriate stranded passengers at a cost of up to €2 m.

According to Phileleftheros, Cobalt’s annual payroll was €12 m, while the company paid €2.5 m in tax and  €2 m in social insurance contributions.

Cobalt handled about 1000 passengers a day, generating some €7 m a year in passenger fees which are split between Hermes and the state. It also paid an additional €11 m a year in taxes and airport services of which half went to the state.

The state will also lose annual revenue of €5 m from VAT.

According to the most conservative estimates, immediate losses for state coffers stand at €21.5 m while another €50 m will be lost from the general economy.

The Department of Civil Aviation will see a drop in revenue, as Cobalt paid significant sums for registrations and inspections, as it had the largest number of planes registered in Cyprus.

A big question mark hangs over the impact the company’s closure will have on tourism, particularly from destinations such as Ireland where no other carrier offers direct flights.

By In Cyprus
Previous article
Dust, possible showers and thunderstorms
Next article
Man arrested in Limassol in connection with murder in occupied north