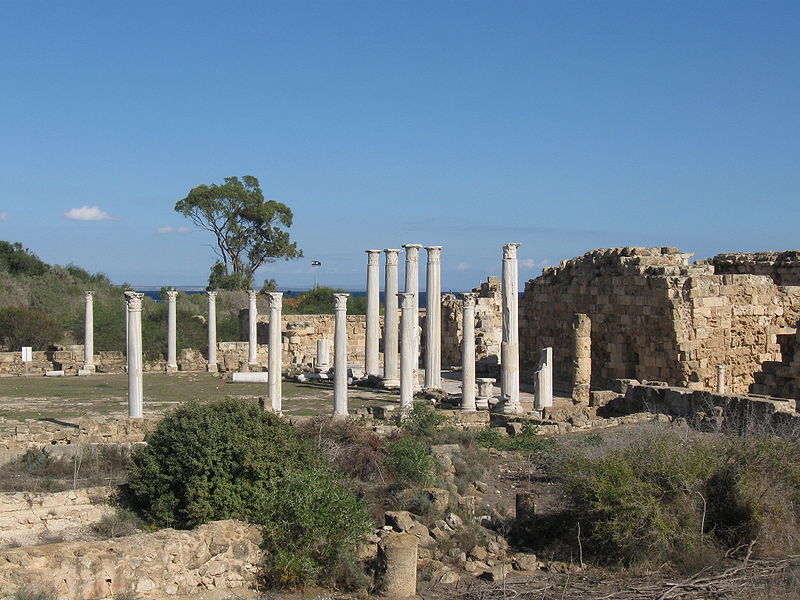 A Russian man attempted to sell a piece of marble from the ancient Salamis archaeological site in the occupied territories, obtained through smugglers.

The Ebay auction was stopped by well known activist on antiquities, Tasoula Hadjitofi, a refugee herself, who has retrieved dozens of Cyprus antiquities, as well as religious relics, such as icons, sold by smugglers internationally over the past few decades.

She has authored the book ‘Icon Hunter’.

Hadjitofi was alerted to the attempted sale by an anti-smuggling activist living in San Francisco.

Having close contacts with the managing directors of eBay, she made calls on Thursday asking them to remove the ancient Salamis marble from the auction, as well as bring her into communication with the collector that had put it up for sale.

The goal, she added, was to establish when and how the marble was carried out of Salamis and the occupied territories, as well as the name of the smuggler, if possible. ‘Art dealers should be encouraged to return such antiquities to Cyprus’, she stressed.

Cyprus ranks third internationally in the smuggling of its cultural treasures.

By Constantinos Tsintas
Previous articleGovernment guided by science on covid, not politics, Presidency says
Next articleWhere to get a rapid test on Sunday 28 February