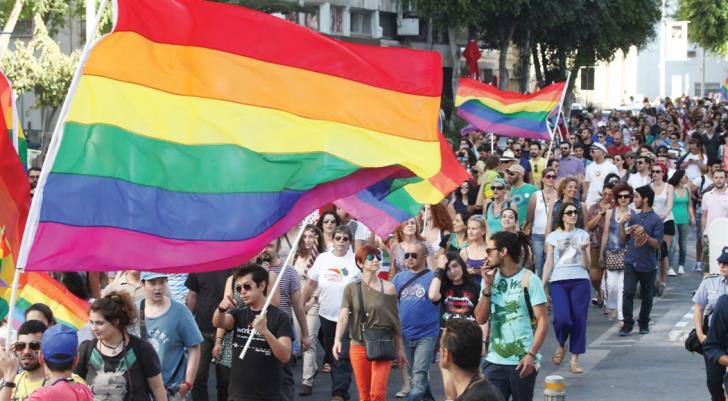 There were two incidents of violence based on sexual orientation in Cyprus in 2019, as shown in ILGA Europe’s Annual Review 2020 released last week reporting the human rights situation of LGBTI people in 54 countries.

Both incidents were reported to Accept – LGBTI Cyprus, with President Monica Panayi telling Phileleftheros that there is an urgent need for legislative recognition of such attacks as hate crimes based on gender identity and sexual orientation, adding that the police force handling such cases should be educated accordingly.

Panayi detailed the incidents to Phileleftheros, saying that in the February case the victim was physically attacked outside a Nicosia bakery on the basis of his appearance and sexual orientation. The police who arrived at the scene did not offer emotional support to the man, failed to ask if he wished to file a complaint and did not investigate further, she added.

The June incident took place at the Nicosia municipal gardens, where three hooded men approached the victim, attacked him and walked away saying that “he does not look gay enough”.

The report also mentions the hate speech case involving the Bishop of Morphou who said in June that gay men give off a “particular odour” and can be identified by “holy men”. In August, following international public outcry, the Attorney General called for an investigation, but the police dropped the case, finding no element of hate speech.

The House Parliamentary Committee of Human Rights and Gender Equality later invited Accept LGBTI to a discussion on amending the hate speech legislation, where the organisation drew attention to the failure of the law to address public homophobic speech since it came into effect in 2015. For example, Accept LGBTI had called for an investigation by the Attorney General for similar comments made by the Archbishop of Cyprus in 2017, but their appeals were ignored.

Panayi said that “there is a hole in the legislation concerning the protection of LGBTI people from hate crimes, which needs to be addressed.”

Meanwhile, Cyprus is in the 33rd place in the ILGA rankings as regards the human rights situation of LGBTI people, due to the fact that the state does not institutionally recognise many of their rights.

On the positive side, ILGA has reported some encouraging developments in 2019, including the successful completion of the two-year educational programme ‘Combating HOMophoBic And Transphobic bullying in schools – HOMBAT’ — the first of its kind to be supported by the Ministry of Education — which trained more than 250 teachers and professors.

The government also helped organise the MENA region LGBTI conference ‘NEDWA 2019’ held in Cyprus in September, which was attended by 200 human rights defenders who were welcomed at the Presidential Palace at an opening event.

You can read the full report on Cyprus here, and watch the Review launch event at the European Parliament below: