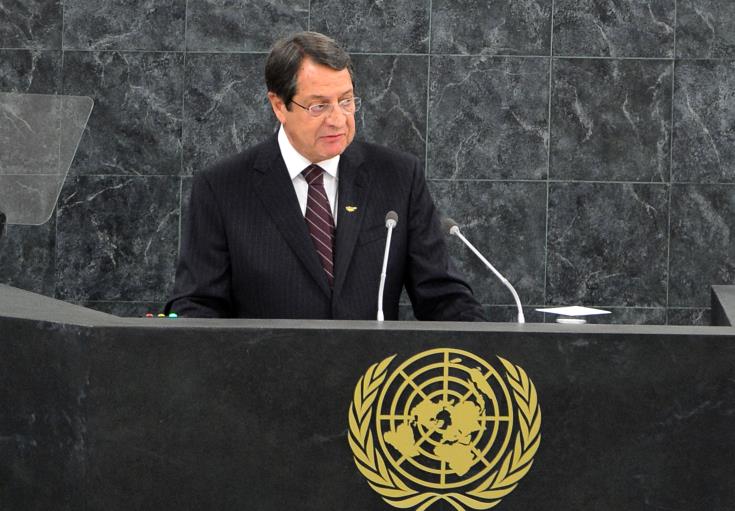 And I say this, he added, as EU leaders meeting today, will be reading a letter by the Turkish President, blatantly claiming that the Republic of Cyprus is missing, having dissolved soon after its establishment.

Pointing out that this year’s anniversary coincides with the European Council and Turkish violations of the country’s exclusive economic zone, President Anastasiades stressed that he expects more practical and effective support by European partners, so ‘gunboat diplomacy will end and the crisis will be replaced by dialogue or a referral to the International Court and judgment through international law and the Law of the Sea’.

Despite the international condemnation of Turkish actions, he added, Ankara continues illegal and unilateral activities, such as the renewal of a further two NAVTEX to conduct illegal drilling and seismographic search. This was a renewal, he added, in the midst of efforts to de-escalate Eastern Mediterranean tensions, just days before the EU council.

‘I will be very clear to European partners’, Anastasiades said, noting that EU values and principles do not allow any deviations against a candidate country that is blatantly ignoring its obligations against a member state.

He further reminded the European Council of its numerous decisions to take action against Turkey if it continues its illegal activities, as well as thanking member states for their strong support and solidarity.

On the covid pandemic, President Anastasiades called on everyone to realise that ‘we’ve won a battle, but not the war, as the virus is still with us’.