Hundreds of bees reported dead after spraying in Peristerona 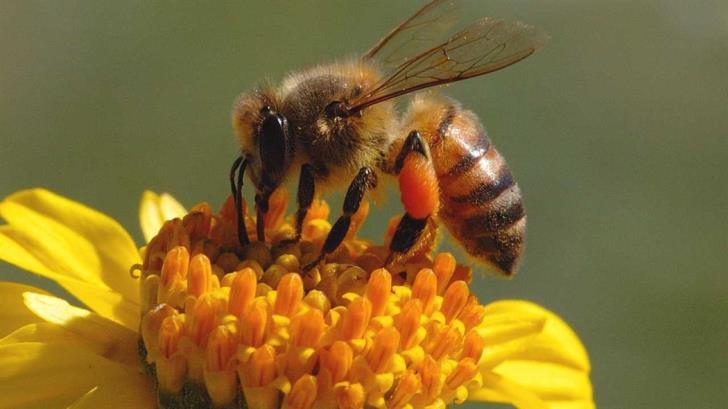 Micheletto who moved to Cyprus from France and has been working as a beekeeper since 1980, said that this is the first time that his beehives are completely destroyed.

He said that he lost all his work for the year, as he makes all his income from selling honey.

According to the Association of Beekeepers in Cyprus, the use of certain types of spray is prohibited by law during flowering periods, as they are harmful to bees.

The Association said that spraying is due to start in the coming days as the flowering period is almost over and urged all its members to move their hives from areas near citrus fields.

President of the Association Marios Constantinou said that its members are in direct communication with farmers in order to be aware when the spraying will start.

He said that they are both trying to locate the person that sprayed in Peristerona. Samples of dead bees have been taken in order to determine which spray was used. The perpetrator will be handed a fine and the beekeeper has the right to seek legal action against them.

Awareness campaign for protection of bees

The Association of Beekepeers in Cyprus, the Beekeeping Centre and the Movement of Professional Beekeepers have started a campaign, with the cooperation of the Ministry of Agriculture, to raise awareness for the protection of bees.

The campaign started in October 2018, Constantinou said. Its aim is to inform farmers and the public of the dangers posed by reductions in bee populations and of the measures that must be taken against this.

It also informs of the benefits that bees have on our ecosystems.

According to a 2015 UC Berkeley study, it is estimated that one third of the human food supply (between US$235 billion and US$577 billion worth of annual global food production) depends on pollination by insects, birds and bats, most of which is accomplished by bees, whether wild or domesticated.

The Independent reports that despite a world population of between 80 million and 100 million domesticated hives, each containing 10,000 to 60,000 bees, numbers are dwindling dramatically: “one-third of the UK’s bee population has disappeared over the past decade and 24 per cent of Europe’s bumblebees are now threatened with extinction.”

By In Cyprus
Previous article
New police chief sworn in, apologises for handling of dissappearances
Next article
WHO issues warning as measles infects 34,000 in Europe this year