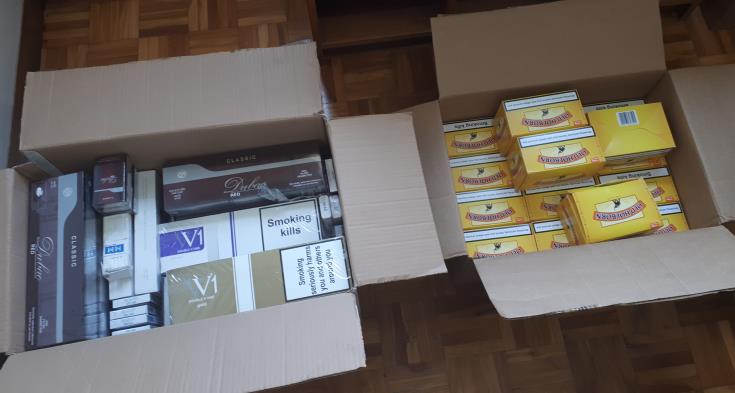 A twenty nine year old was fined 8 and a half thousand euro for unmarked tobacco products that were discovered by police at his mini market in Limassol.

21 cartons of unmarked smoke and 12 cartons of cigarettes were found at the second of his mini-markets, following a search in the first one, in which nothing suspect was discovered.

In addition, shisha products were found in the man’s car.

He was arrested and taken to the Limassol police station. where he paid the 8500 thousand euro fine to the customs department and was released.