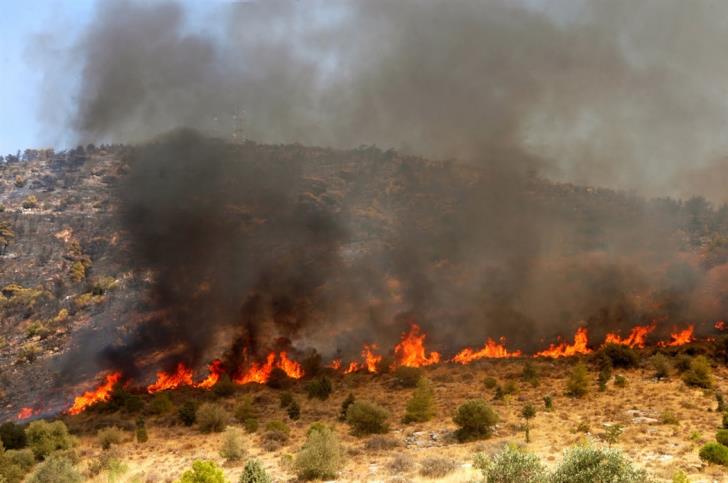 A very serious situation prevailed in an area between Pegeia and Akoursou in the district of Paphos due to a fire that broke out and was threatening isolated residences. The fire was finally placed under control at noon on Friday after burning an area of three acres and dry weeds.

Even though the fire started in an isolated area, it soon expanded and approached residences situated outside the community, reaching up to their yards. Three houses were saved at the last minute due to the superhuman efforts of the members of the Fire Service.

According to the spokesman of the Fire Service, the fire has now been limited to only one active front and is in fact seen as being fully under control.