House President pays tribute to Mari disaster victims, saying they acted ‘beyond the call of duty’ 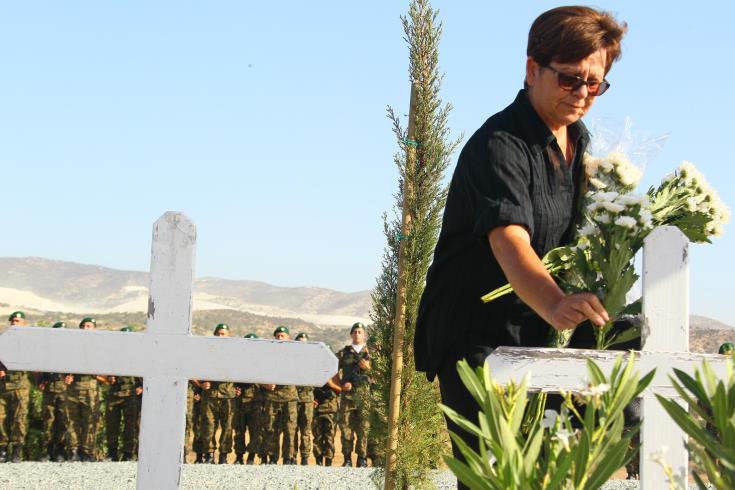 The state’s duty is to have a comprehensive system for the coordination of all necessary services and the training for all those involved in safety matters at the highest level, House President Demetris Syllouris said. This, as he stated will be a form of atonement for the deadly explosion at the naval base of Mari which killed 13 persons.

“No postponement can be justified when action is necessary,” he stated in his speech at the memorial service for the 13 Cypriots from the National Guard, the Fire Department and EMAK killed on July 11, 2011, during a powerful explosion at the naval base ‘Evangelos Florakis’ in Mari.

The shock wave from the explosion, which also injured many, caused huge damage to the nearby power plant of Vasiliko, with serious negative effects for the economy.

The House President said that coordination and training are essential to make sure that such tragic events do not happen again.

‘We need to work hard to safeguard the protection and welfare of the people’, Syllouris added.

He praised ‘the heroes of Mari’ and all the firemen for their dedication and altruism, saying that they acted ‘beyond the call of duty’. ‘We honour their memory, we recognize their sacrifice in the line of duty and express our support to their families, pledging that we will not allow such a tragedy to be repeated’, he added.

Addressing the plenary of the House of Representatives this morning, Syllouris said that the House pays respects to the fallen of the National Guard and the fallen sailors and firemen and expresses its full support to the families of the victims.

The members of the House observed one-minute’s silence in honour of the Mari disaster victims.