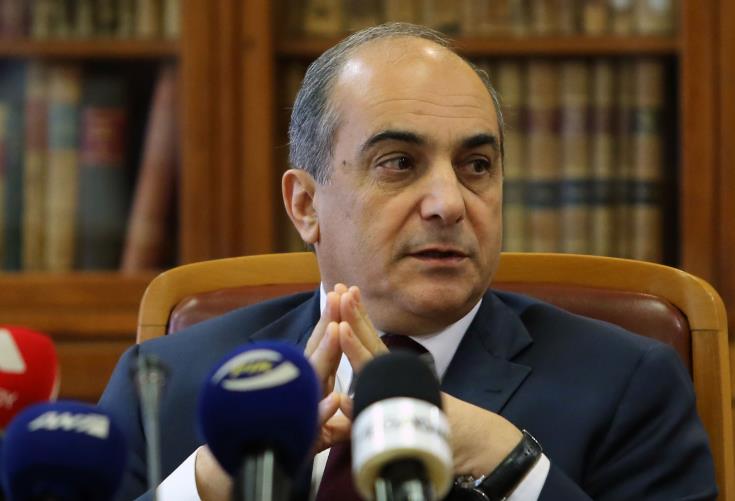 President of the House of Representatives Demetris Syllouris will be flying to London on Tuesday for a working visit, during which he will visit London, Cambridge and Bristol, where he will hold a series of meetings.

In London, Syllouris will have separate meetings with Archbishop of Thyateira and Great Britain Gregorios, Minister of State for Europe Sir Alan Duncan, Chair of the Brexit Select Committee Hilary Benn, Chairman Sir Roger Gale and members of the Friends of Cyprus Group at the Parliament, leader of the Scottish National Party Ian Blackford, and Liberal Democrats Scotland Spokesperson Christine Jardine.

Furthermore, he will meet with Director of Education and Society and member of the Executive Board of British Council Jo Beall, the Chief Executive of Universities UK International Alistair Jarvis, as well as MPs, former MPs, and members of the academic society.

During his visit to Cambridge and Cambridge University, Syllouris will meet with Mayor Nigel Gawthrope and former Mayor George Pippas, and will attend a working lunch with Greek and Cypriot professors. He will also visit the Fitzwilliam Museum, where he will tour the Cypriot collection there.

In Bristol, Syllouris will attend a liturgy and celebrations for the anniversary of October 28, 1940, when Greece rejected an Italian ultimatum. He will also meet with Vice-Chancellor of the University of the West of England Steve West, President of the Greek Community of Briston Ioannis Ieropoulos, Vice-President Nicos Nicholaou, and other members of the Greek-Cypriot community. He will furthermore visit the Airbus aeronautical site.

Syllouris will be returning to Cyprus on October 31.

By In Cyprus
Previous article
“Number of whirlwinds will increase with climate change”, says expert
Next article
Palestinian stabs Israeli soldier and is shot dead – military