House President describes his visit to Armenia as a pilgrimage 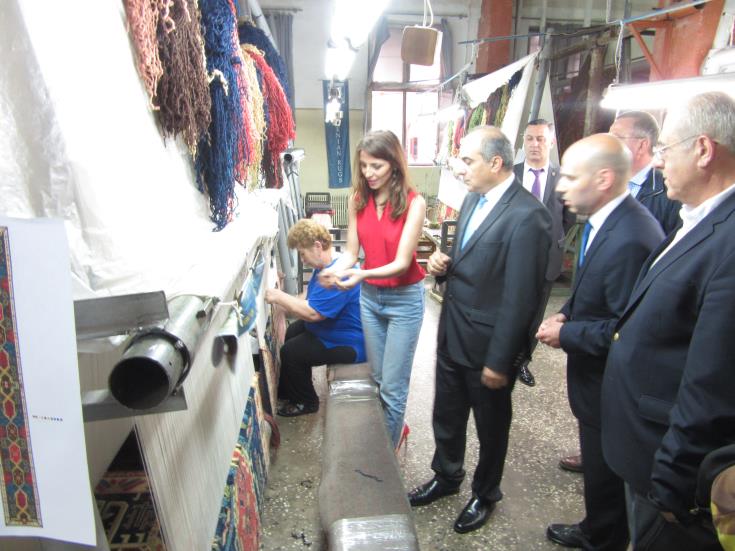 The common aims and historical relations between Cyprus and Armenia were stressed once again during an official dinner hosted by President of the Armenian National Assembly Ara Babloyan in honour of President of the Cypriot House of Representatives Demetris Syllouris and the parliamentary delegation visiting Yerevan.

Syllouris, heading the official visit at the invitation of Babloyan, said their presence in Armenia was more than just a visit, it was a pilgrimage.

The official dinner was held at a carpet factory, where Syllouris and the Cypriot MPs were informed about the style, materials, and cultural value of handwoven carpets in the history of the Armenian nation.

Syllouris’ official visit continues on Tuesday with a visit to the Armenian Genocide memorial complex and the on-site museum.

Later on he will address the meeting of the National Assembly and will meet with Catholicos Karekin II, the supreme head of the Armenian Apostolic Church.

The Cypriot parliamentary delegation comprises MPs Nicos Tornaritis, Georgios Georgiou, Christos Orphanides, and George Perdikis, as well as Representative of the Armenian Religious Group in the House Vartkes Mahtesian and Rector of the University of Cyprus Constantinos Christofides.

By In Cyprus
Previous article14-year-old student who fell from school’s 1st floor ends up with both legs in plaster casts
Next articleWhat projects are in the works for 2018 – 2019?