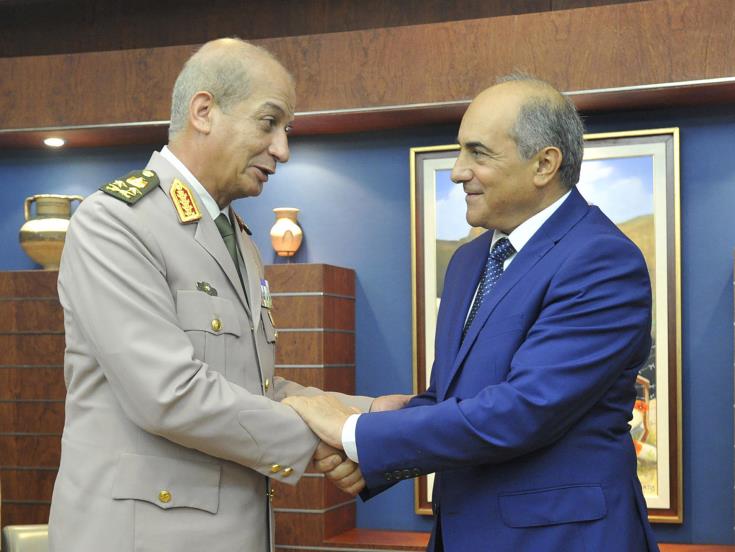 House President Demetris Syllouris and Egypt’s Defense Minister Mohamed Zaki discussed Ankara’s aggressive strategy against its neighbouring countries in a meeting they had on Wednesday in Nicosia, in the framework of the latter’s official visit to Cyprus.

A press release from the Parliament says that during their meeting Syllouris and Zaki praised the two countries’ brotherly links that allow their close cooperation in a wide range of sectors with concrete results.

They also underlined the importance of the trilateral cooperation of Cyprus, Greece and Egypt and its role in promoting peace and security in the region.

The two officials discussed also Turkey’s provocative actions in Cyprus’ maritime zones as well as its aggressive strategy against its neighbours.

They also reiterated that the multilateral cooperation between Cyprus and Egypt encompasses the defence sector and is based on mutual respect and solidarity.

By In Cyprus
Previous article
Employment in government remains stable at 51.486 in August
Next article
Ireland to base budget on assumption of no deal Brexit