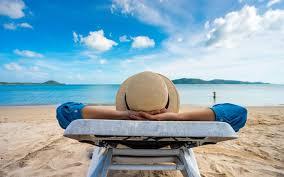 Hotel bookings in August which is the traditional month for holidays in Cyprus is very low with the first week reaching only about 25%  of average occupancy.

This is what Philenews reported on Thursday, adding that hoteliers are hopeful the month’s second and third week will pick up pace. These are the two weeks Cypriots prefer to go on holiday.

“Gone are the days when you could not find even one  vacant hotel room to book in August, especially in popular coastal resorts and areas,” an insider said.

Tourist arrivals in Cyprus had reached new record highs in August 2019, marking an increase of 3.6% compared with August 2018, according to  data released by the island’s Statistical Service.

August 2019 had the highest volume of tourist arrivals ever recorded in Cyprus during the specific month.