Holy Synod decides to recognize autocephalous of Church of Ukraine 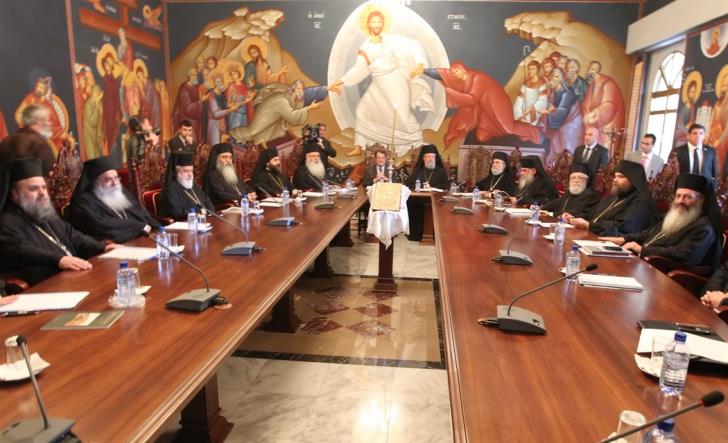 The difference among bishops regarding the recognition of the Independence of the Orthodox Church of Ukraine became evident when the issue was put to vote. During a meeting of the Holy Synod under the Cyprus Archbishop on Monday, with 10 votes in favor and seven against, the autocephalous of the Church of Ukraine, was recognized.

Metropolitan of Paphos Georgios said the Holy Synod discussed the issue in detail after Archbishop Chrysostomos commemorated Metropolitan of Kiev and of Ukraine, Epifany, and as he said, decided not to go against the Archbishop’s decision. He even said that he looks forward to mediation toward Ukraine and Russia for a solution of the issues that is threatening the church with schisma.

It is noted that the Metropolitans of Limassol, of Kykkos, of Tamassos, of Amathounta, of Machairados and Neapoleos disagreed with this decision.