Height study: How tall are the Cypriots? 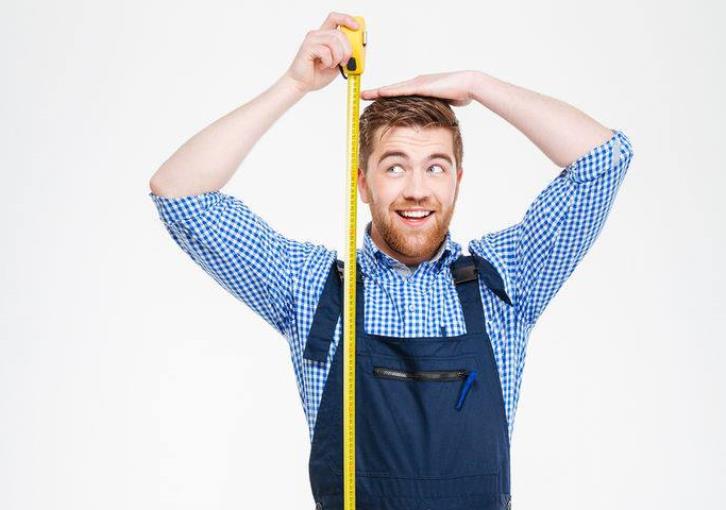 In 2016, Cypriots were the 57th tallest people in the world, an NCD Risc study showed.

NCD Risc is a network of scientists who measure health data of people from all countries of the world every year.

It records and compares the average height of people born between 1896 and 1996 all over the world.

Cyprus grew 31 places taller in the world rankings compared to 1896, when Cypriots were the 88th tallest people in the world. 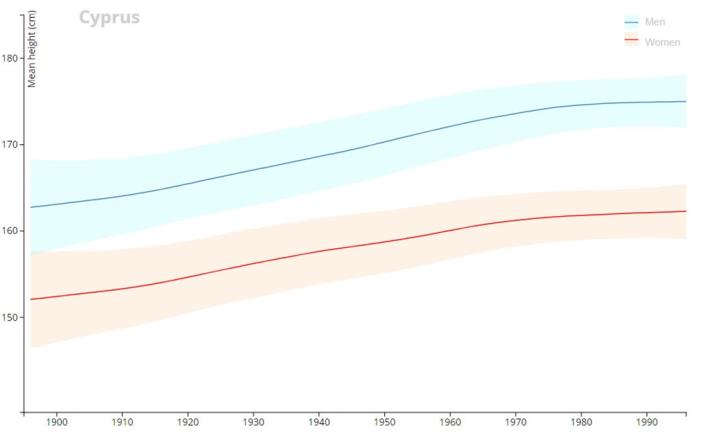 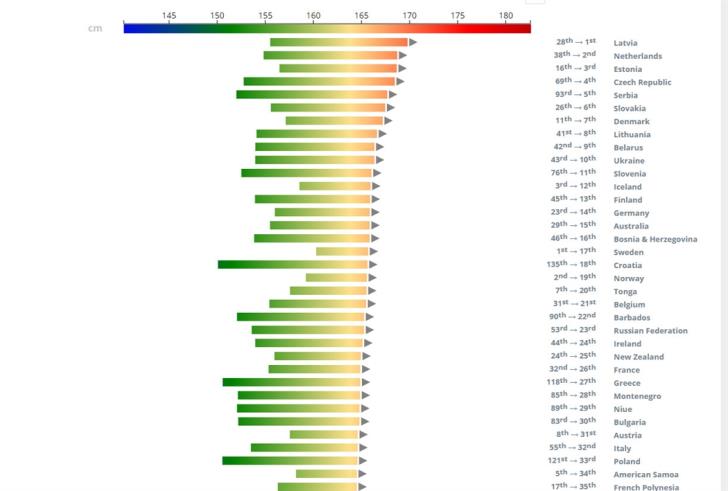 Find the average height for people born each year between 1896-1996 here.