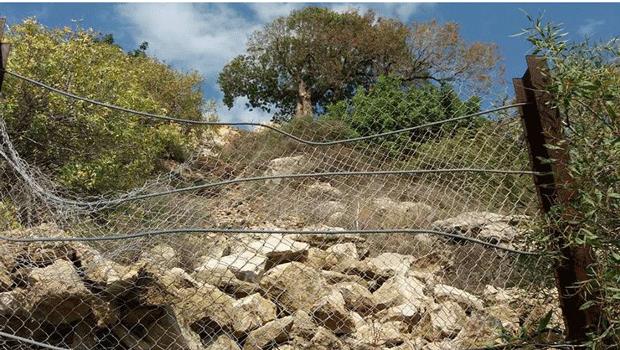 Heavy rainfall over the past couple of days has raised fresh fear among dozens of residents and business establishments whose property is in the area of Mousalla rock in coastal Paphos.

They believe the fall of rocks is imminent again even though a year ago this alarming issue had been raised by local authorities and some preventive measures were taken, alas, not enough.

This is what Philenews reported on Thursday, adding that municipal councillors are raising again safety concerns even though some posts and barbed wire has been placed.

Extreme weather conditions this week have increased concerns since the geomorphology of the area indicates that the danger is there.

They demand government experts to go and re-assess the situation before any damage or injury occurs.