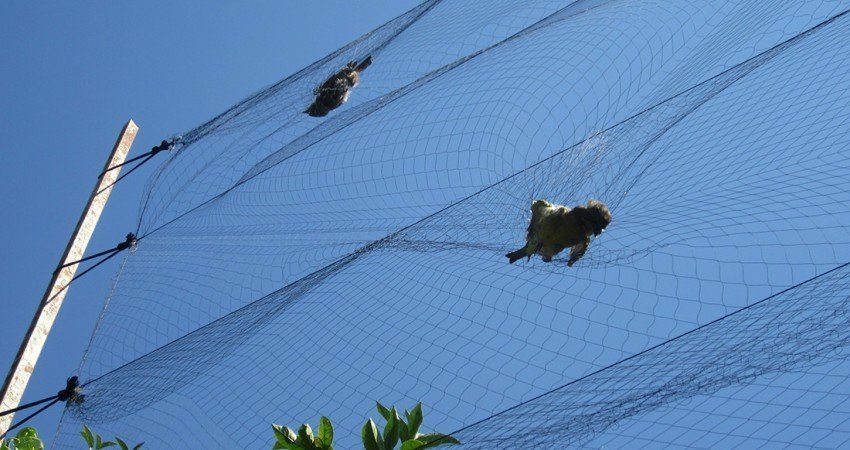 More than €10,000 in court fines have been issued to illegal bird trappers in sovereign bases’ area in the past few weeks. Alongside a huge 10-year hunting ban for one individual, according to a British Bases press release on Wednesday.

The announcement came ahead of the migration season for Ambelopoulia (Black Caps) which begins at the end of this month.

“Exclusion orders, which mean convicted trappers will not be able to return to the land, totalling seven years, were also issued and two men were sentenced to one year in prison, suspended for three years,” it also said.

“The convictions, which relate to arrests made by the dedicated SBA Police Bird Trapping Action Team last year, send out a strong warning to would-be trappers,” is added.

In recent years, the SBA Police has committed enormous resources to combating the problem and latest statistics released by the force confirm an astonishing 95.6 per cent reduction in trapping has been recorded between 2016 and today.

Dhekelia’s Superintendent Andreas Pitsillides, Chairman of the Bird Trapping Steering Group, which was presented with an environmental award in the UK last year for its work in tackling the criminal activity, explained there would be no let-up this year despite the team’s obvious success.

He said: “Of course, we are very happy with the fines, exclusion orders, prison sentences and the 10-year hunting ban for the individuals found guilty in the SBA Court over the past few weeks but we also hope the message to trappers is very clear.

“We as a police force continue to prioritise eradicating illegal trapping in the SBAs and there will be no relaxing over the coming months. We will continue to utilise all of the technology available to us, including covered surveillance, drones and regular patrols alongside our colleagues in the Republic of Cyprus Game Fund, Bird Life Cyprus, the Royal Society for the Protection of Birds and of course, the SBA Administration.”

The trapping season for Ambelopoulia will run until the end of October and in November, Thrushes will become the target of trappers until February.

“Our team work on this issue all year round. When we are not in trapping season, we are preparing for the next one alongside our colleagues and that is why we have experienced so much success in recent years,” Superintendent Pitsillides continued.