Heavier penalties for traffic offences edge closer, but with amendments 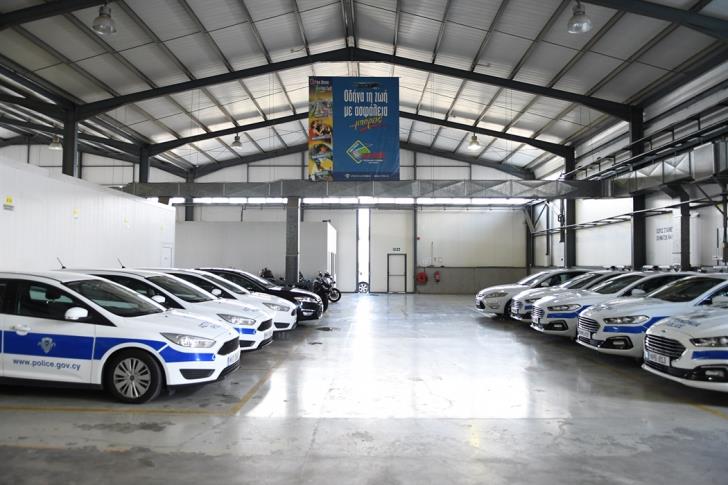 MPs appear set to soften proposed tougher penalities for some traffic offences, although there appears to be agreement on others.

The House Transport Committee, government and police have been locked in protracted negotiations over a new bill that would introduce a steep increase in fines for traffic offences.

Fifty two people lost their lives on the island’s roads in 2019, two more than the previous year. Police have argued that the steeper fines are essential to reinforce road safety campaigns to stem the bloodshed on the roads.  MPs have countered that disproportionately high fines will impact low income drivers.

The two appear to have hammered out some kind of compromise, although police have urged MPs to reconsider some of the reductions hey have introduced in the bill before it goes to the plenary for a vote next month.

Phileleftheros said MPs, almost unanimously, will go to the plenary with the idea of giving drivers a second chance on some offences such as failure to wear a seat belt, talking on the mobile phone and not wearing a helmet.

The Justice Ministry had suggested raising the on the spot fine for these offences from the current €85 to €300, but MPs are considering reducing this to  €150.

But they plan to double the fine in the event of a second offence within two years. Traffic police urged MPs yesterday to at least make the fine for using a mobile phone while driving €200 and they undertook to reconsider.

There is considerable divergence between the two sides as regards speeding fines. Traffic police want these to rise depending on the violation, while MPs want a lower rate. For example, for speeding in the towns, MPs suggest these start at €10. They were told this would send the wrong message and MPs said they would re-examine the issue.

But MPs are proposing even stiffer fines than those envisaged in the new bill for some offences. For example, traffic police suggest the fine for illegal parking in a disabled spot should rise from €85  to €250, MPs want it to go to €300.

For abandoning a scene of an accident, the proposal is to increase the penalty from two years to ten years in jail, and the fine from €3,000 to €15,000.

As regards driving under the influence of alcohol and drugs, MPs agree with the government proposal.

The penalties will be discussed again in committee next Friday and will then go to the parliamentary groups for review before coming back to committee a fortnight later with the aim of sending the bills to plenary before the end of February with the hope they will be adopted unanimously.

Meanwhile,  in the wake of last year’s increase in the number of road fatalities, the police leadership and traffic heads from all the districts held an urgent meeting yesterday to review future action.

It was agreed that special emphasis will go to vulnernable groups — pedestrians and motorcyclists. Of the 52 people killed on the roads last year, 15 were pedestrians and 15 were motorcyclists. June, August, October, November and December were particularly bad. Moreover, 27 drivers were killed in accidents only they were involved in, demonstrating that the human factor was to blame for the collision.

Phileleftheros said police have recently taken delivery of two ‘smart’ vehicles which will go on patrol to catch traffic offenders. The cars will not be marked as police vehicles. However, they will be driven by police in uniform equpped with traffic cameras.

Yesterday, 14 smart patrol cars were delivered to traffic police. They are equipped with ANPR (automatic name plate recognition and GPS.