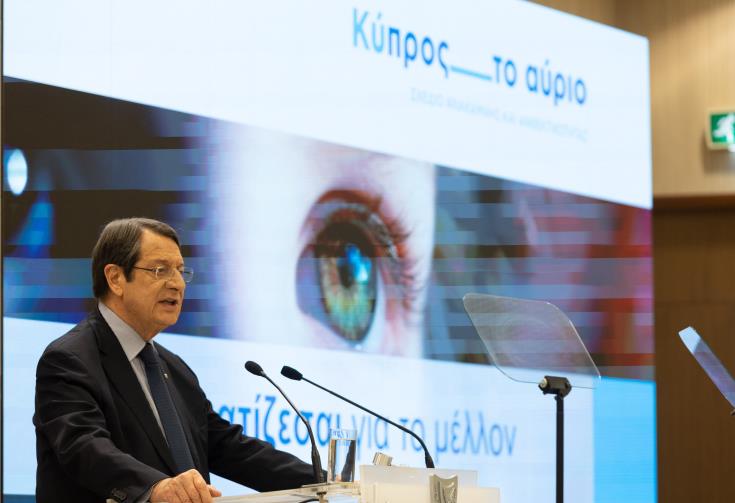 Cyprus` General Healthcare System, (GeSY) constitutes the biggest social reform based on the philosophy of social solidarity, which focuses on the patient, President of the Republic Nicos Anastasiades said on Wednesday, during the presentation of the first pillar of the “Cyprus-tomorrow”  Plan which is about Public Health and Civil Protection.

The first pillar, he said, includes the improvement, modernisation and upgrading of public and private hospitals, the creation of a technologically innovative health system, purchase or replacement of medical equipment in public and private hospitals, the development of general cross-border e-health services and the strengthening of civil protection through the use of smart technologies for the effective handling of emergencies.

He went on to say that predictions for the collapse or failure of the effort to modernise the health sector were wrong, since citizens and health professionals embraced it. How would we have been able to cope with the pandemic if we had not implemented GeSY, he wondered.

In 2020, he added, the health system covered health care services of the beneficiaries of GeSY worth 780 million euros, while this year the amount is expected to increase by more than 60%, as it will amount to 1,.25 billion euros.

The President noted that more than 70% of active doctors in Cyprus, more than 88% of beds on a nationwide basis, as well as 99% of pharmacies and 100% of laboratories participate in GeSY.

He said that the fact that Cyprus is one of the countries that best manages the pandemic crisis, is due to a great extent to GeSY.

He pointed out that health expenditure reaches 9.63% of the total budget of Cyprus today, while in the past it did not exceed 2% to 3%.

The President pledged that the government will work with the same determination as it did for the GeSY implementation, to deliver an even more efficient and modern Health System.

“A resilient health system that will follow best practices based on top systems in the world,” he stressed.

Concluding, he said that our aim is to  turn the crisis into an opportunity again and to build the next day`s growth model in the health sector.

By gavriella
Previous articleCypriot Music Revisited: out-of-ordinary concert at Rialto
Next articleWhere to get a free rapid test on Thursday, 27 May