Health Minister: Relaxations with the object of avoiding setback 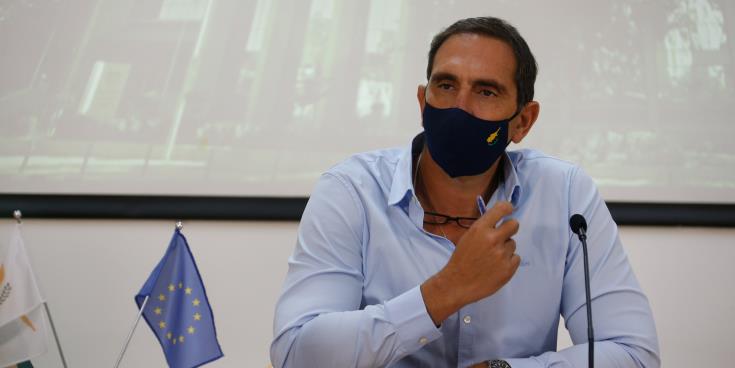 The strategy to de-escalate restrictions will be implemented in an aim to avoid setbacks in all sectors, Health Minister Constantinos Ioannou said on Tuesday.

In a written statement, the Minister said he informed the Cabinet on Tuesday about the epidemiological picture as it unfolds, on the basis of information provided by the Scientific Advisory Committee.

According to the updated information presented to the Ministers, the increased number of infections, hospital admissions and those receiving treatment at the island’s Intensive Care Units, indicate a heavy epidemiological picture in Cyprus, as in the rest of Europe, with most countries adopting increasing restrictions.

He said the extensive spread of the virus in Cyprus is confirmed by the great number of cases announced on a daily basis, despite the immediate location and isolation of these cases through track and tracing methods.

Despite signs of stabilization in certain cases, it is believed that a clearer picture of the epidemiological situation will be evident in the coming days, when there will be an assessment of the recent relaxation of measures, the Minister added.