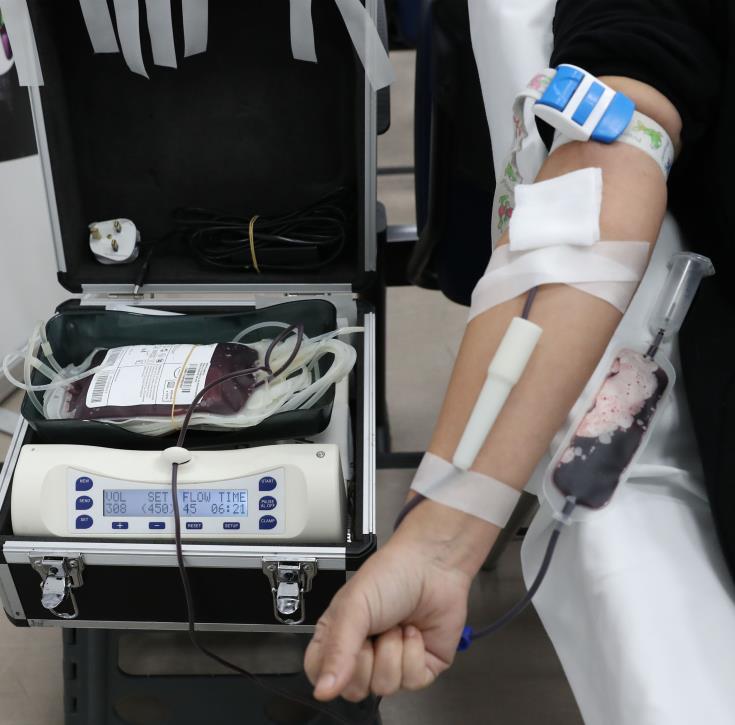 Cyprus ranks in first places in the EU and worldwide in blood donation as 9% of its population are blood donors, said Health Minister Constantinos Ioannou, adding that we are proud for our donors and their altruism.

Speaking during an event on Monday to mark the Blood Donor day the Minister said that we are proud for our volunteer donors adding that Cyprus is in the first places among 62 countries around the world to have full adequacy in blood that comes purely from donors. He also called on young people to become donors.

To mark today`s celebrations a number of blood donations were organised in army camps across the island. The Minister said that every year Cyprus collects 70,000 blood units from donations and 140,000 blood products are being transfused to people in need.
Ioannou thanked the blood donors especially because during the period of the pandemic they continued to give blood.

The role of the donors was also praised by the Chief of National Guard Demokritos Zervakis and Police Chief Stelios Papatheodorou.

Cyprus Presidency in an announcement pointed out the fact that Cyprus is first in Europe in volunteer blood donation in population proportion, adding that blood and its products and the transfusions to people in need is a critical parameter of public health.