Hail storm in Paphos, snow in Troodos – Problems on the roads (pics) 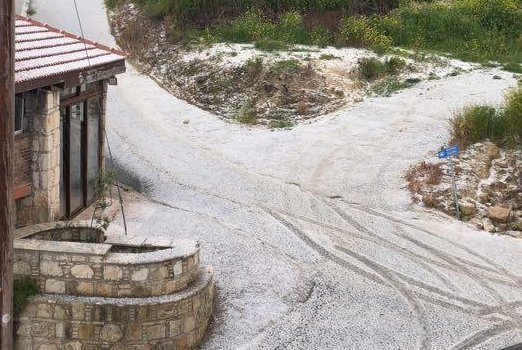 After a sunny morning the weather tuned wild on Sunday in parts of the island. Just after 16.00 heavy hail broke out in Paphos causing traffic problems.

The areas mostly hit were Stroumpi, Pegeia, Giolou and Panayia where everything turned white from the hail storm.

Police announced that because of snowfall in the Troodos mountains the Prodromos – Troodos road is closed for all vehicles, while roads leading to Troodos from Limassol are open only for 4X4 cars, or vehicles equipped with snow chains.

Police note that because of snow, rain, hail and especially fog in Troodos drivers are urged to be particularly careful, to drive slowly, keep a safe distance from other cars and use their hazard lights. 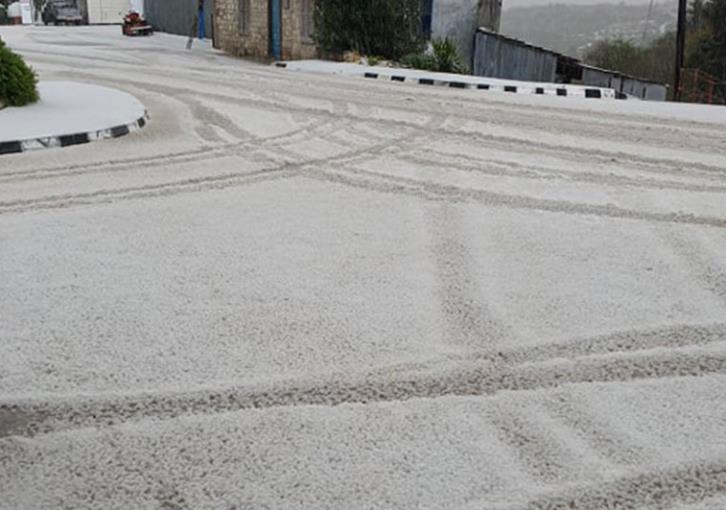 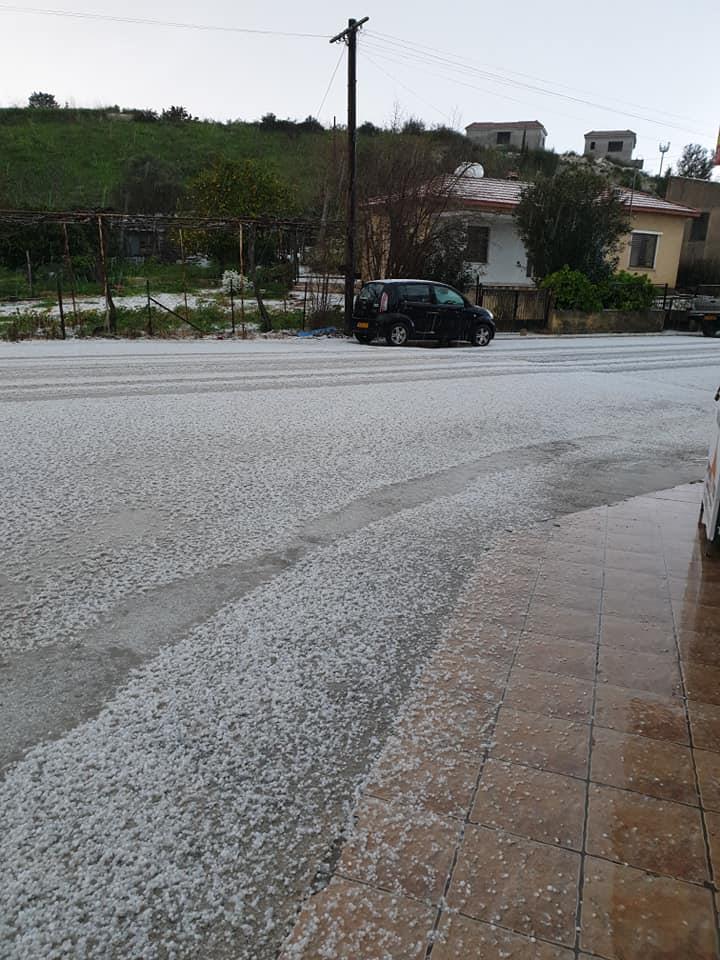 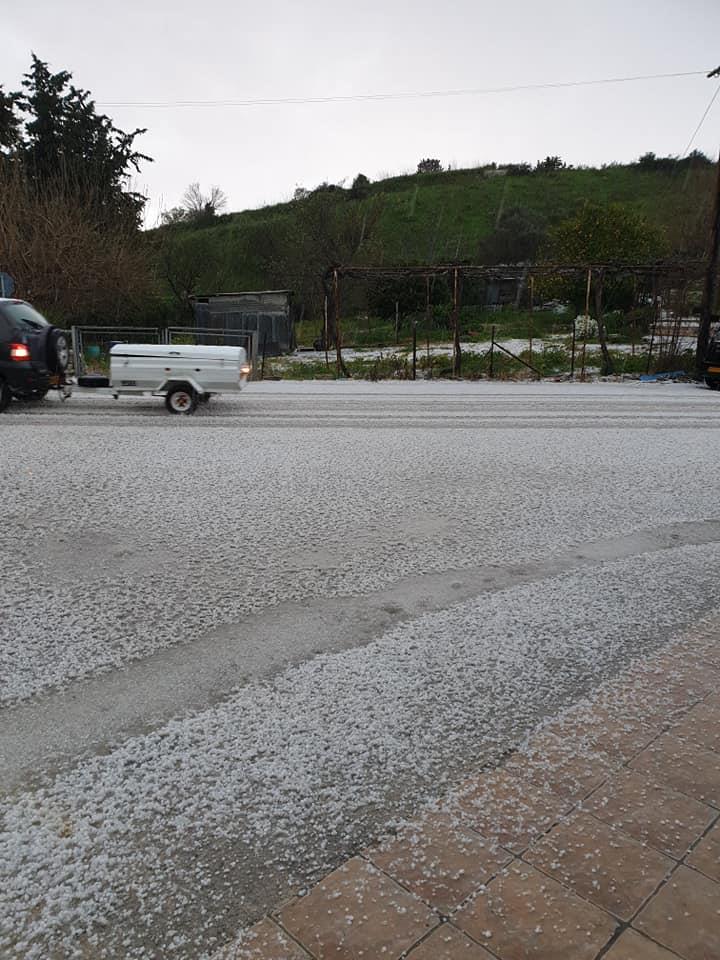 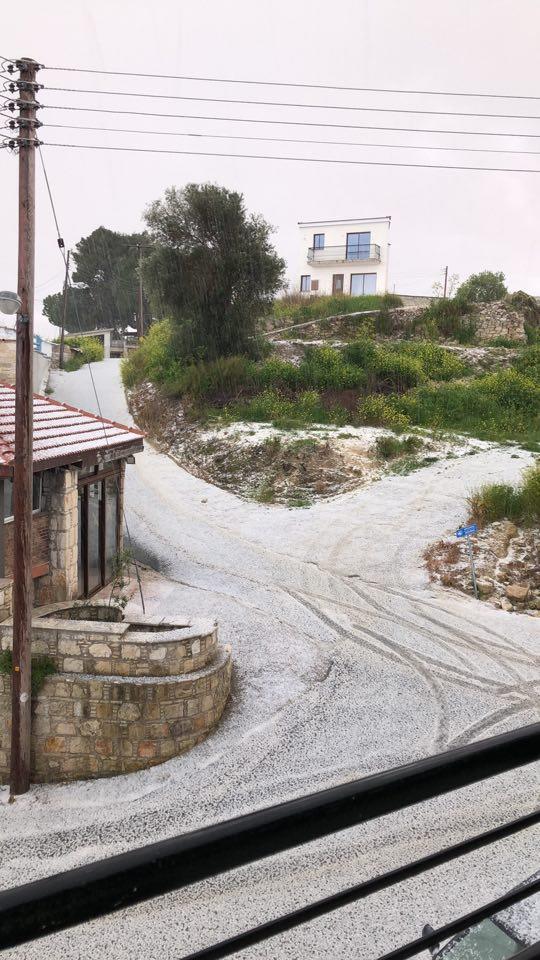