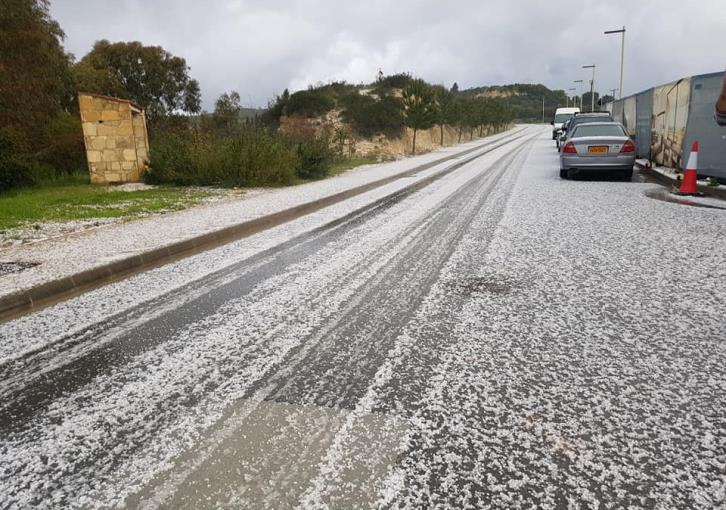 Hail fell in parts of Paphos on Wednesday morning as the met office forecast scattered showers and isolated thunderstorms for today.

Photos and video posted on the Facebook page of Weather Enthusiasts of Cyprus showed streets and fields covered with hail. 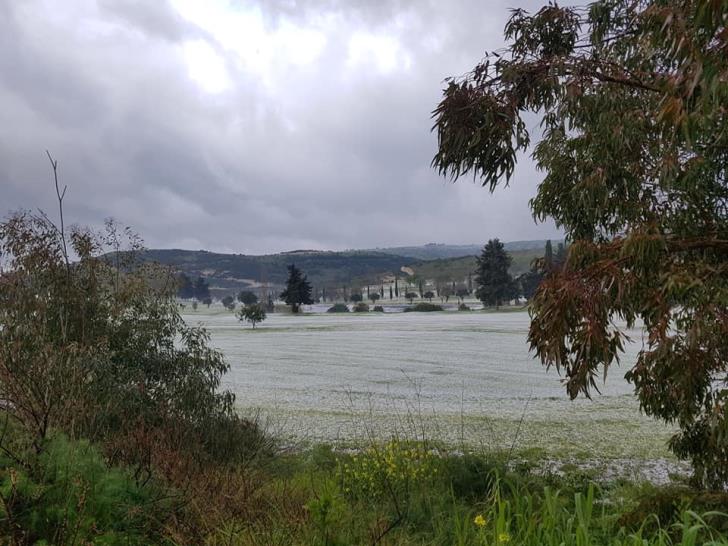 Heavy hail also fell in the Paphos on Sunday and farmers have already asked authorities for compensation. 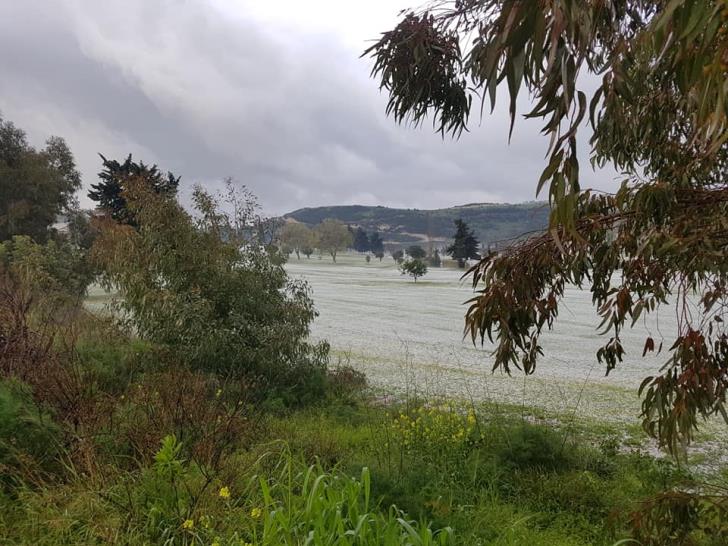 According to the met’s office forecast, Wednesday will be partly cloudy and at intervals cloudy with scattered showers or isolated thunderstorms in the west, north and the mountains in the morning, and later in other areas.

Snow or sleet is expected in Troodos.

Temperatures will be 20 C inland, around 19 C on the coasts and 9 C in the mountains.

Tonight will be mainly fine, with increased cloud later. Temperatures will fall to 7 C inland, 10 C on the west coast, 9 C on remaining coasts and 3 C in the mountains.

Thursday will be partly cloudy and at intervals cloudy with isolated showers or thunderstorms in the afternoon and evening. There may be snowfall in Troodos while in the afternoon there will be dust in the atmosphere.

Temperatures will remain stable at above average for the time of year.

Friday will be partly cloudy and at intervals cloudy with isolated rain or storms, intensifying in the evening. Snowfall is possible in the Troodos Mountains, while the dust will clear from the afternoon.

Saturday will be mainly cloudy with scattered showers in many areas and isolated thunderstorms. There may be hail during thunderstorms while snow is expected to fall in the Troodos Mountains.

Temperatures will edge down further to below average for time of year.