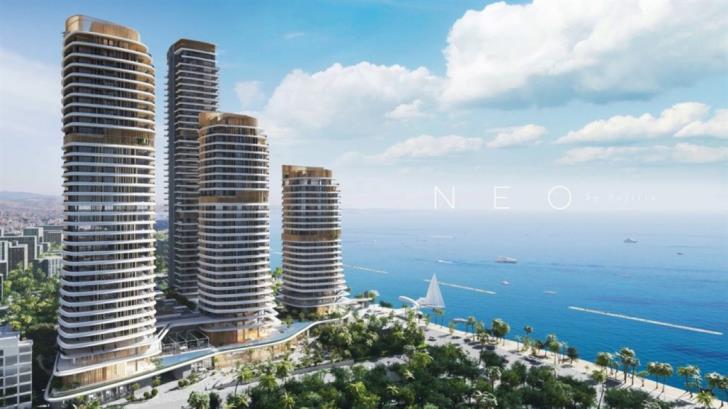 Environmental authorities have given the green light to the construction of four more high-rises of 43, 38, 31 and 25 storeys  next to Limassol Municipal garden. They are in addition to 23 more towers for which planning permission has already been granted in Limassol. A total of  52 applications for the construction of high-rises have been submitted.

Pafilia property developers plan to begin the project’s construction in March 2019 and aim to finish it by 2024. The cost of the ‘Limassol Neo’ project is estimated at €250 million and investors are hoping to sell 345 apartments which are more likely to attract foreign buyers. The four residential towers include, apart from the apartments, a club house, restaurants and commercial properties. While about 740 people can live in the apartments, the buildings are not expected to be more than 50% full at all times. The high-rises will be located on the 28th October Avenue, close to the seaside and will include 1,473 parking spaces.

According to the company’s consultants, the construction process will only have short-term environmental impact, including, among other things, the accumulation of construction waste (e.g. wood, plastics, metal fragments, rubble), as well as liquid waste both hazardous and non-hazardous, and the potential appearance of seawater which will need to be managed during the excavation stage of construction. Approximately 100 employees will work on the project’s development.

By In Cyprus
Previous article
Teachers: Parents ‘threatening to come to school with a gun’
Next article
Jobless mum held for stealing ham and macaroni