Greek Prime Minister to visit Cyprus during the next days 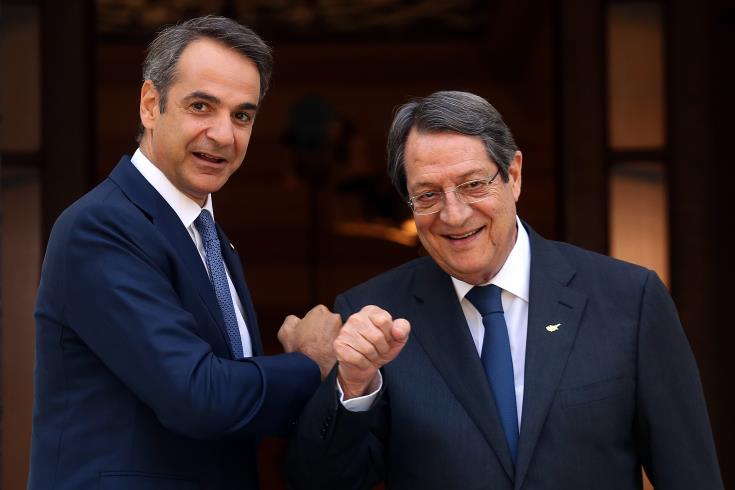 Greek Prime Minister, Kyriakos Mitsotakis, will visit Cyprus during the next days for better coordination between Cyprus and Greece with a a view to jointly address challenges, Cyprus Government Spokesman Kyriakos Koushos, said in a written statement.

Koushos noted that Cyprus President, Nicos Anastasiades, and the Greek Premier had a telephone conversation on Monday with a view to update each other on the current developments in the Cyprus problem, after the expressed intention of the UN Secretary – General to convene  shortly an informal meeting on Cyprus.

The Spokesman noted that during their discussion Anastasiades and Mitsotakis ascertained an identity of views on the issues of principle as well as regards the pursued basis for a Cyprus settlement.

By gavriella
Previous articleListed buildings demolished at the order of Archbishop
Next article43,500 people received inpatient care in GESY