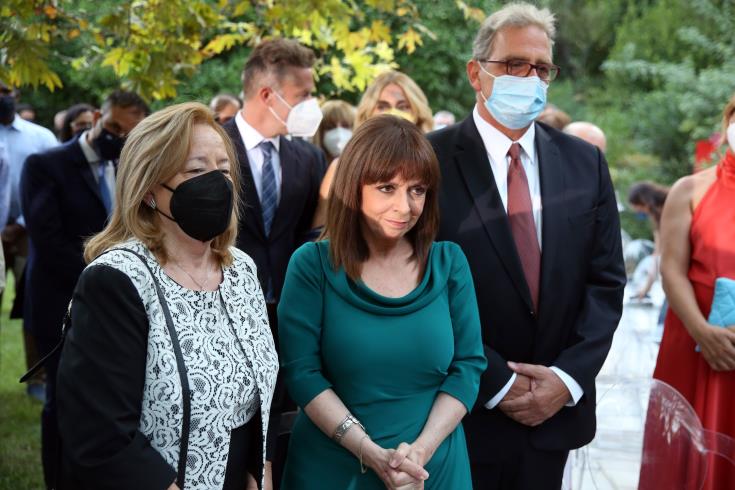 President of the Hellenic Republic, Katerina Sakellaropoulou, expressed Greece`s support to Cyprus, addressing the annual reception held yesterday in the Presidential Mansion gardens to commemorate the 47th anniversary of the restoration of democracy following the dictatorship. The Greek military dictatorship run the country from 1967 to 1974.

July 24 is a date that also entails a sad anniversary, that of the Turkish invasion and occupation of Cyprus, and Sakellaropoulou made a special reference to Cyprus ongoing tragedy.

“The tragedy of Cyprus remains the greatest trauma of Hellenism. With fraternal cooperation and unwavering commitment to international legitimacy, we are making every possible effort to find a solution to the Cyprus problem, on the basis of the UN Security Council resolutions and the European acquis”, she said.

“Greece will not accept any fait accompli or expansionist actions. There can be no concession to Turkey`s unacceptable announcements regarding the fenced-off city of Famagusta. Our support to Cyprus is absolute. So is our determination to against Turkish illegal behavior and aggressiveness”, the President of the Hellenic Republic concluded.