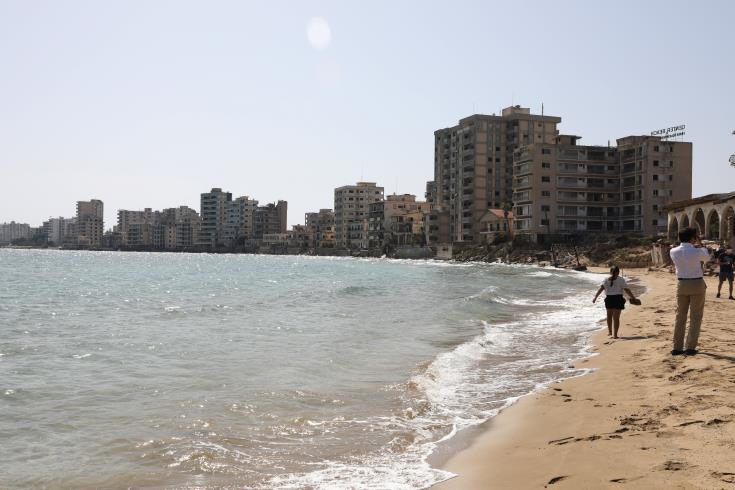 Cyprus President Nicos Anastasiades has held a telephone conversation with Greek President Katerina Sakellaropoulou who wanted to be briefed over Thursday’s illegal action by Turkey to partially open the beach of the fenced-off town of Varosha in Famagusta.

Sakellaropolou expressed her solidarity to the town’s legal Greek Cypriot inhabitants as well as the Cypriot people as a whole, according to an official announcement.

The Greek President extended her country’s full support to President Anastasiades and the government’s efforts to counter this new violation of international law by Turkey.

Resolutions 550 and 789 of the UN Security Council strictly prohibit such as an act by Turkey which still occupies the northern part of EU-member Cyprus after an invasion in the summer of 1974.

Despite ongoing efforts of the legal residents of Famagusta to return to their town they are still denied of this right despite various international decisions and resolutions.