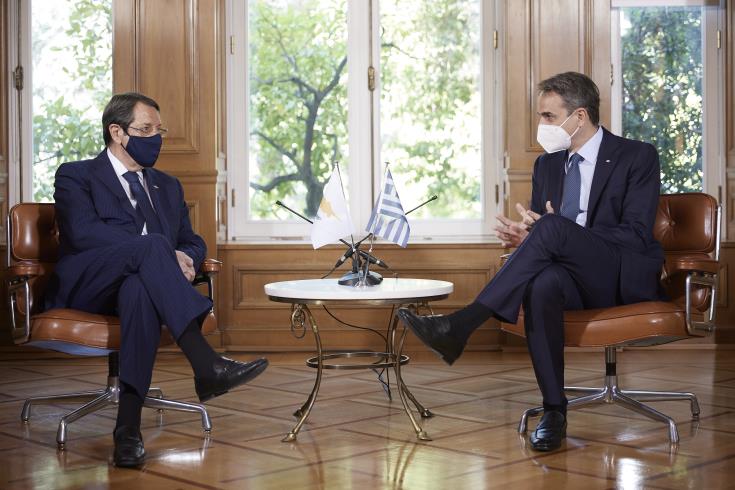 Greek Prime Minister, Kyriakos Mitsotakis, informed, on Tuesday, Cyprus President, Nicos Anastasiades, during a telephone conversation about the discussion he had in Brussels with the Turkish President Recep Tayyip Erdoğan. Anastasiades thanked Mitsotakis for the positions he put forward during the meeting as regards the Cyprus problem.

Cyprus Government Spokesman, Kyriacos Koushos, said in a written statement that the Greek Prime Minister contacted Anastasiades by phone on Tuesday and briefed him about his discussion with the Turkish President during their meeting.

He noted that President Anastasiades thanked the Greek Premier for the positions he put forward during the meeting about the need for a Cyprus settlement on the basis of the UN resolutions, as well as to avoid any actions that could constitute new faits accomplis or raise obstacles to the settlement of the Cyprus problem.