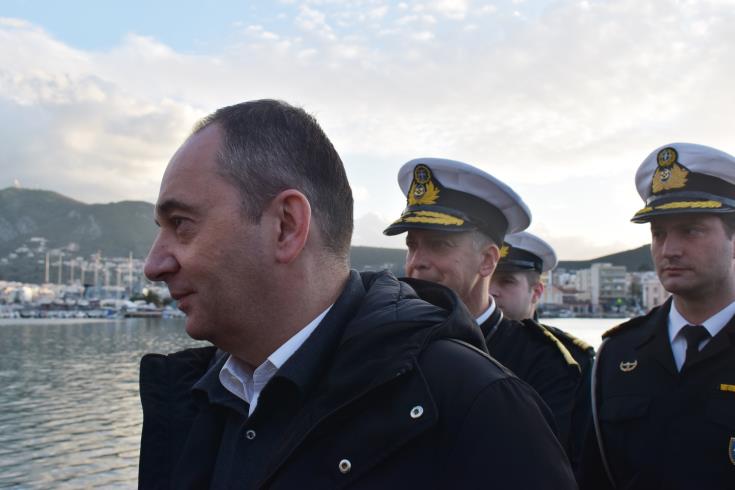 Greek Minister of Maritime Affairs and Insular Policy Ioannis Plakiotakis welcomed the launching of a tender process for a sea passenger connection line with Cyprus.
“After months of negotiations, the European Union ensured the funding of the shipping line; Hence, passengers and vehicles will shortly be able to use this line, which will interconnect the port of Piraeus with the port of Limassol or the one of Larnaka”, the Minister of Maritime Affairs and Insular Policy says.

“From the first moment we supported the establishment of the coastal shipping link between Greece and Cyprus, in close cooperation with the government of Cyprus”, Plakiotakis noted, thanking for their cooperation the Cypriot Deputy Minister of Shipping Vassilis Dimitriadis and the Ambassador of Cyprus in Greece Kyriakos Kenevezos.

The reinstation of the ferry link is a development that will further strengthen the two countries’ relations, Plakiotakis concluded.