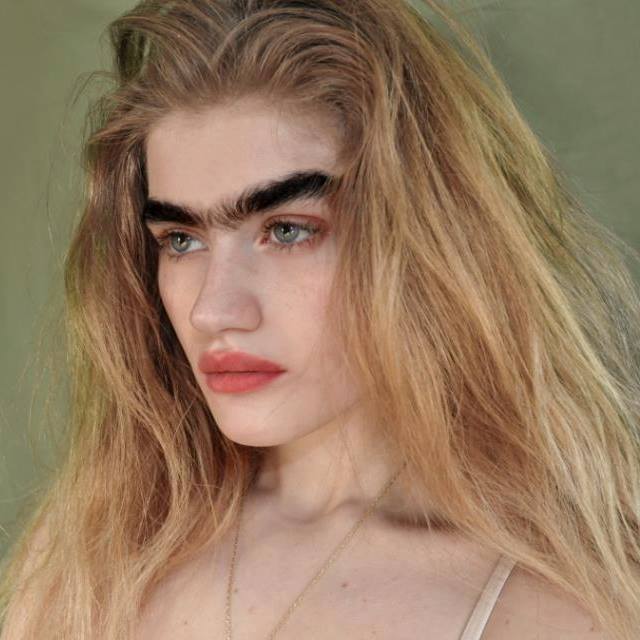 Sophia Hadjipanteli, a 21 year old Greek Cypriot student and model, is making waves with the #unibrow movement on social media.

Having made headlines in the print media only recently, on Friday she featured in a short video clip on the BBC’s news site where she celebrates her thick eyebrows and says she is changing how beauty is perceived.

She says she tints her eyebrows black because that is what she likes “and I’m allowed to like the way I look.”

Sophia acknowledges to receiving ‘hate’ on social media and has been accused of being a hypocrite for being selective in her grooming.

“Us Greek Cypriots are pretty hair people,” she adds, “and I never saw a problem with it because my grandmother, my aunts, my uncle, everyone had eyebrows and they were never scared to pluck them or leave them.”