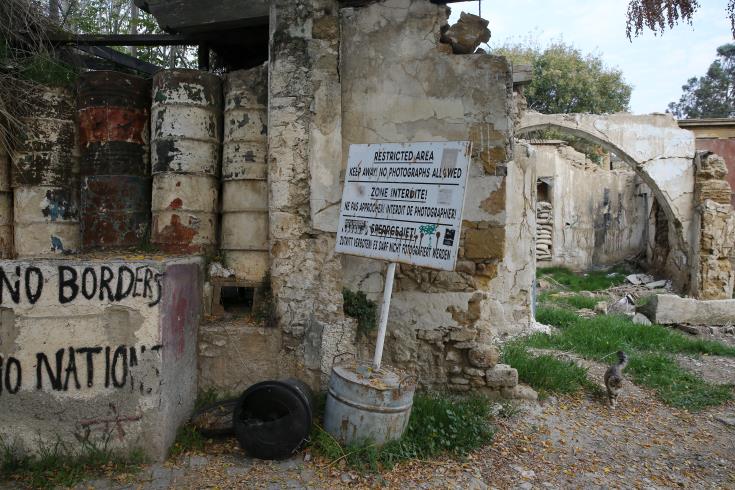 Greek Cypriot and Turkish Cypriot parties wish the upcoming informal five-plus-one meeting on Cyprus – that will be organized under the auspices of the UN Secretary General – to be successful and that negotiations for the Cyprus problem “will restart the soonest and will lead to a just and lasting solution, in line with the Guterres framework, the body of work and convergences achieved until the 2017 Conference on Cyprus, the UN Security Council Resolutions, the international and European law”.

Leaders and representatives of G/C and T/C political parties participating in the bi-communal meetings at the Ledra Palace Hotel, held under the auspices of the Slovak Embassy, met on Thursday through a videoconference in order to maintain their dialogue and contribute to the discussion about the relaxation of Cypriot society during the coronavirus pandemic.

According to the Joint Communiqué, leaders and representatives of Greek Cypriot and Turkish Cypriot political parties expressed the wish and willingness of the two communities to cooperate on the issue of health, in particular while fighting against the pandemic of Covid-19, in a framework of cooperation and solidarity.

They also expressed their support and encouragement to the work of the Bi-communal Technical Committee on Health, in particular in relation to a speedy and proportionate delivery of the vaccines to both communities.

The next meeting of the leaders and the representatives of the political parties will be held in the second half of March, depending on the epidemiological situation in the island.

Cyprus has been divided since 1974, when Turkey invaded and occupied its northern third. Repeated rounds of UN-led peace talks have so far failed to yield results. The latest round of negotiations, in July 2017 at the Swiss resort of Crans-Montana ended inconclusively. The UN Secretary-General intends to convene an informal five-plus-one meeting on the Cyprus issue in Geneva, Switzerland, from 27 to 29 April 2021, to “to determine whether common ground exists for the parties to negotiate a lasting solution to the Cyprus problem within a foreseeable horizon.”